MTW congratulated veterans with a solemn parade of orchestras (VIDEO) 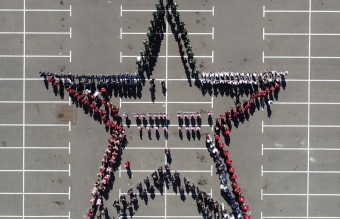 The traditional festive procession began differently than in previous years: this time the orchestras lined up on the factory square in a big five-pointed star.

Thus, depicting one of the symbols of the Great Victory, one generation paid tribute to the other - the military man, who was presented on this day by combat soldiers and workers of the domestic front of the Great Patriotic War, who engaged their post-war life with Minsk Tractor Works.

Wind instrument orchestras from different parts of the republic took part in a patriotic flash mob in honor of the Victory. 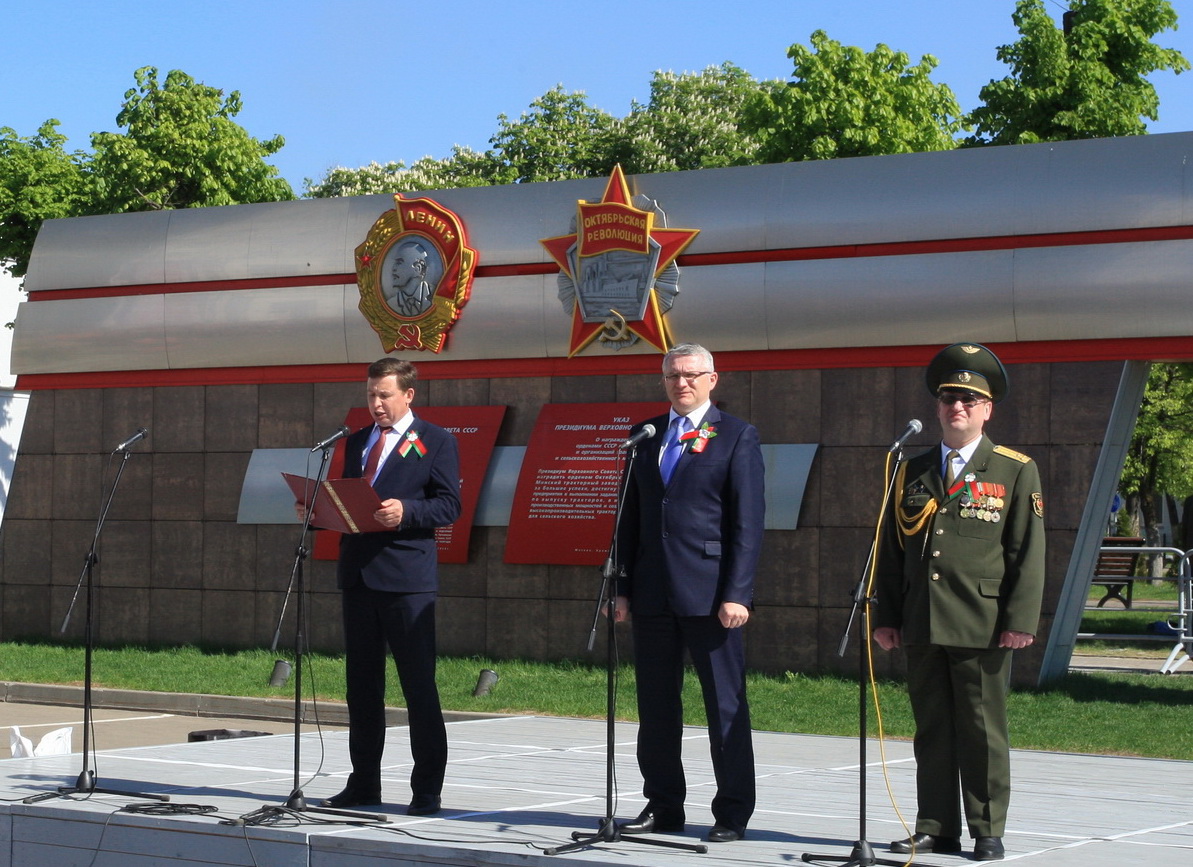 A welcoming speech to the veterans, participants and spectators of the parade was made by the Deputy General Director of OJSC “MTW” on ideological activity and social development Andrei Anatolyevich Suslenkov:

«This holiday is special for every person in our country. The greatness of Victory and the bitterness of loss touched every family. Bright memory of the heroes! I bow to the given right to live without the horror of war, fear, pain ... Let no generation know sorrow and loss!»

However, not only heroic feat was marked, but also labor feat, because the veterans shared their youth with a terrible war, and with its grave consequences, including putting a lot of effort into restoring the national economy.

«Thank you, our veterans, for invaluable contribution to the achievements of the native plant», — Andrey Anatolyevich thanked the heroes. 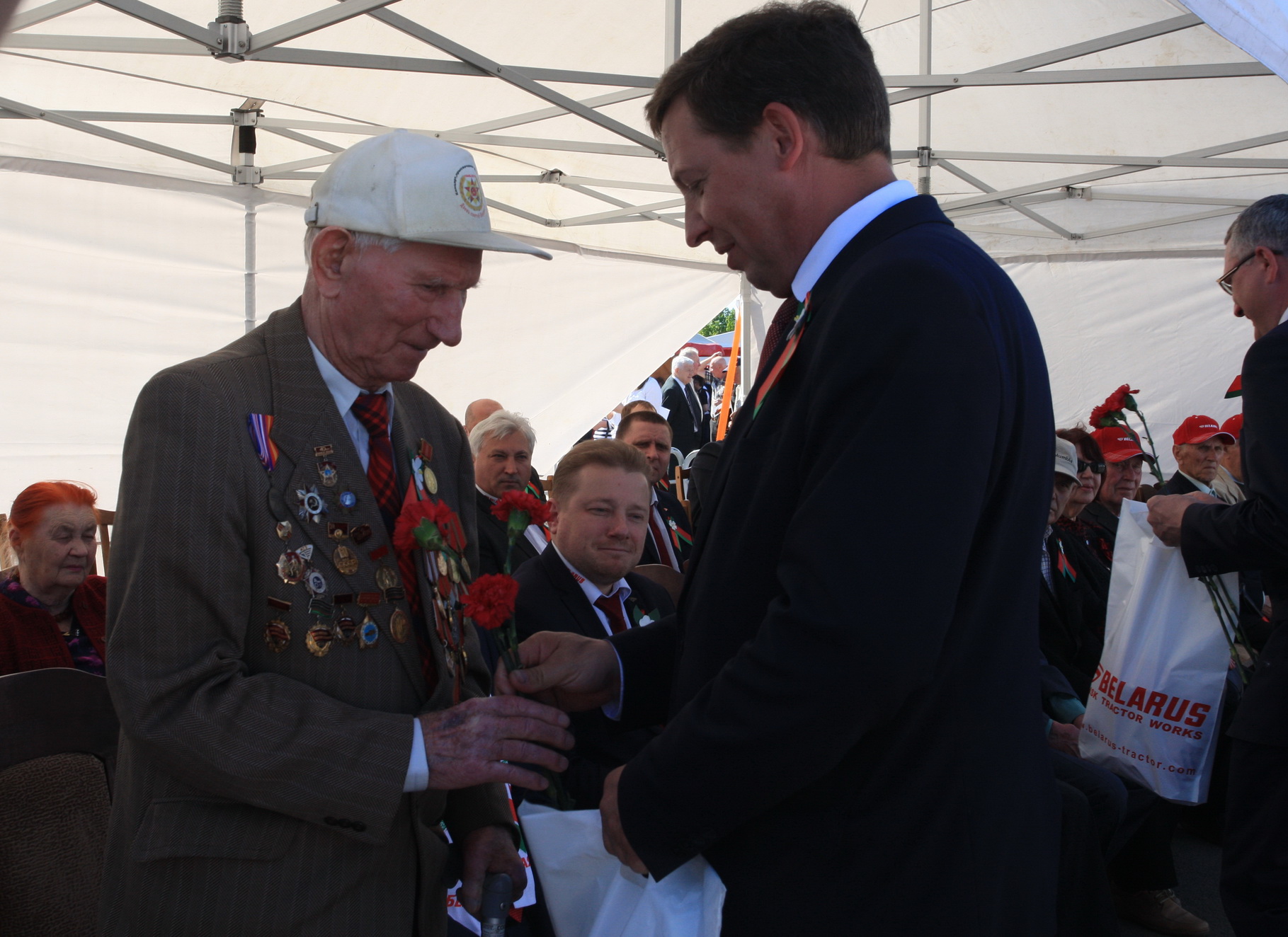 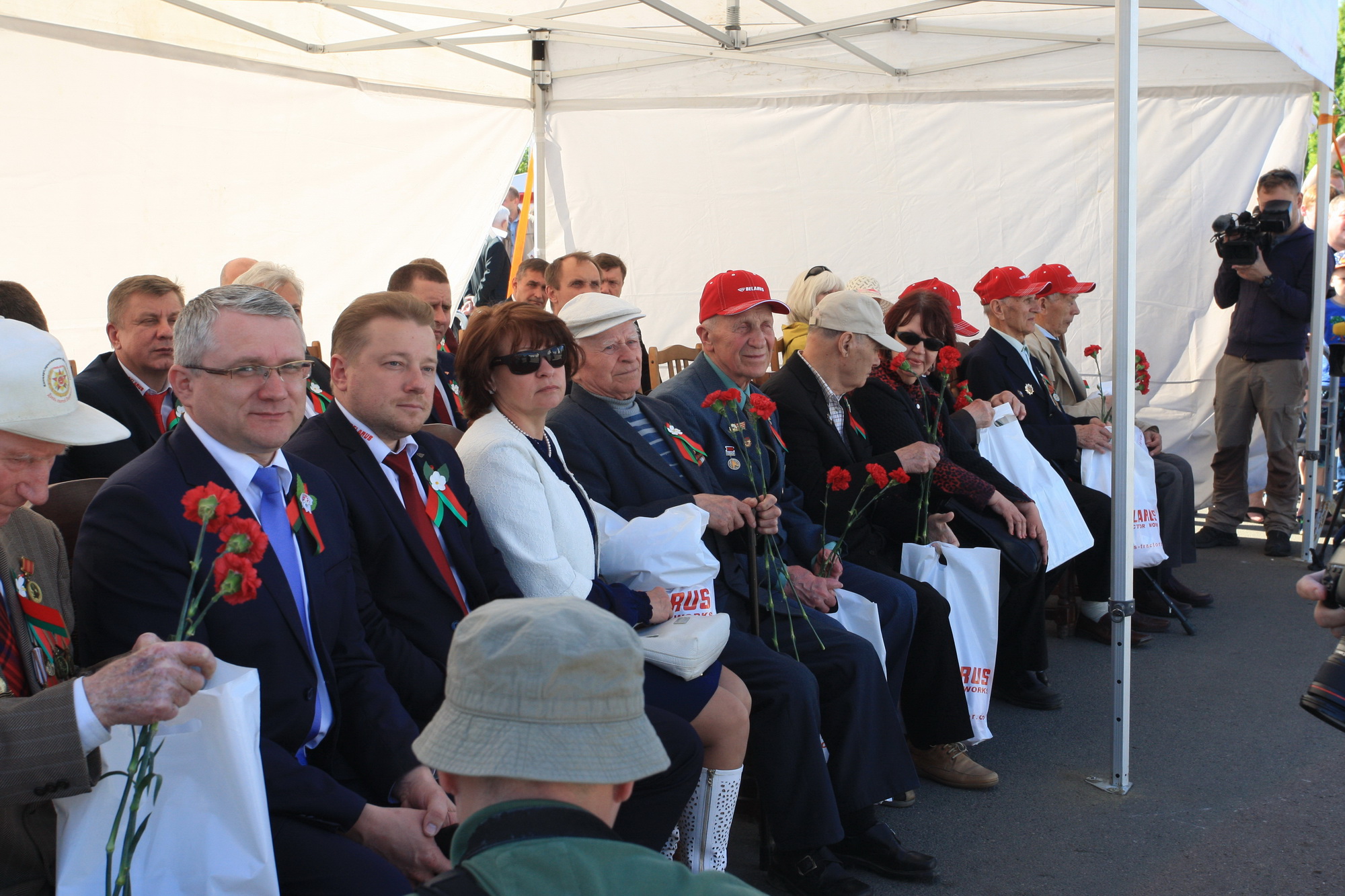 After the solemn words, the plant employees handed flowers and memorable gifts to veterans. But the main gift was waiting for them ahead – eight orchestras from across the country played melodies familiar to each soldier. The «Farewell of the Slav», which the orchestras as one played in unison, became the logical conclusion of the holiday. Well, of course, "Victory Day”. 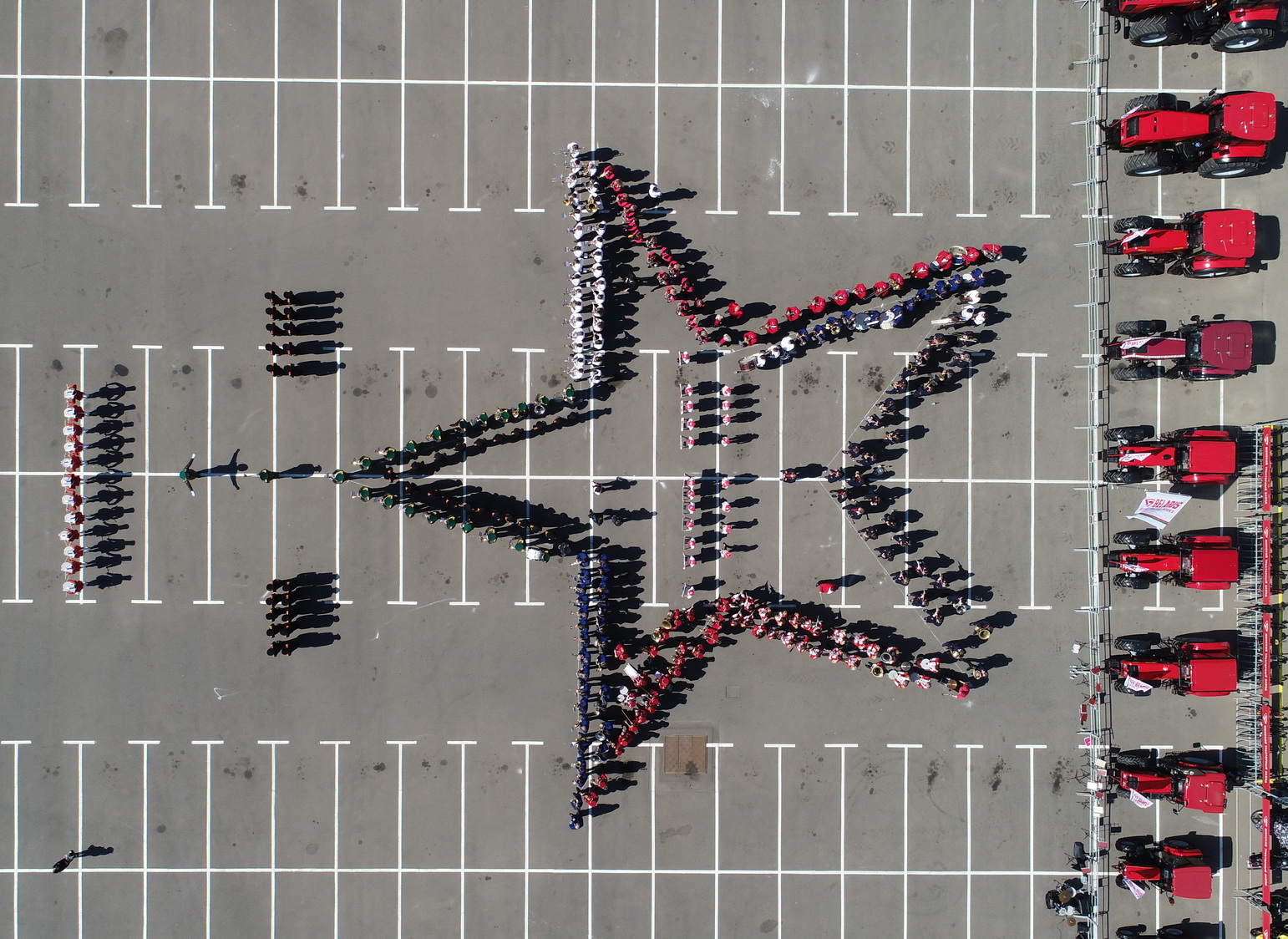 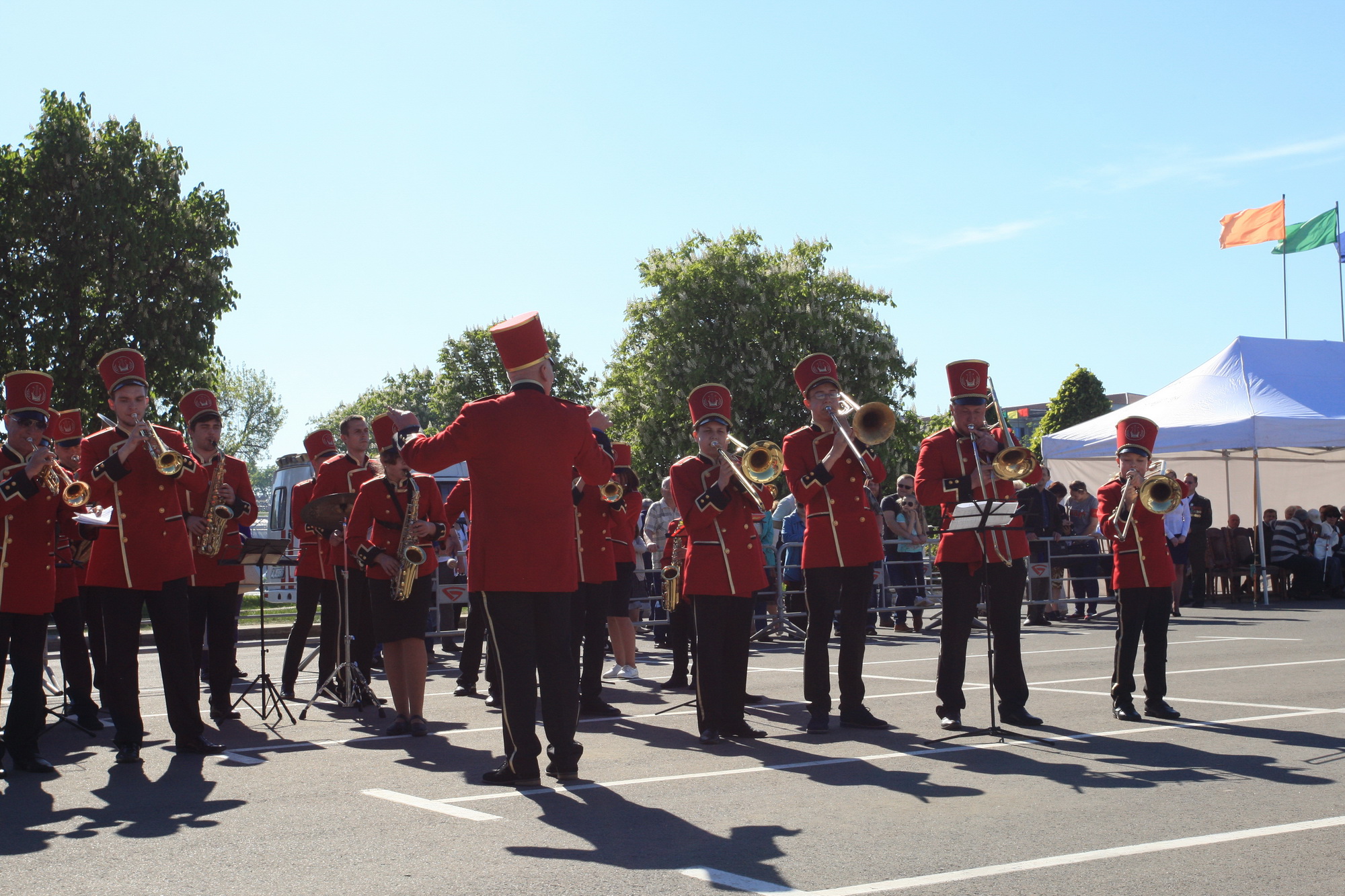 During the day, catering points with the obligatory attribute of the feast – soldier porridge worked next to the factory square. Traditionally MTW presented an exhibition of the model range of Belarusian tractors.