MTW conducted a demonstration test of the most powerful tractor "BELARUS" 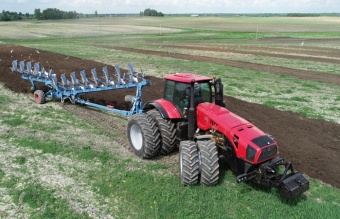 As part of the "Day of the Field" a 450 hp machine was presented to the heads of agricultural organizations from all over the republic.

The regional seminar-counsel “Field Day” was held yesterday at OJSC “Rudakovo” (Novka village, Vitebsk region). The event was organized within the framework of the implementation by the Vitebsk Regional Executive Committee of the plan for bringing the AIC to a break-even operation. In particular, the question of the technical re-equipment of the village was considered, which had matured due to the physical deterioration of the agricultural machinery park.

“Agriculture is a business, not a social project, it must live without state subsidies, earn money, then invest in its development and still have funds to support the infrastructure of the territory where its workers live,” the newspaper Vitbichi quotes Vitebsk Regional Executive Committee chairman, Nikolai Sherstnev. – It is necessary to completely reformat production relations, change the psychology, radically and technically re-equip the village. The high-performance equipment controlled by competent, motivated people should take the whole load on itself, modern technologies should be introduced. Only in this way we will reduce the cost per unit of production, making it competitive, increase the volume, load all types of processing. And in the end we get the desired profit." 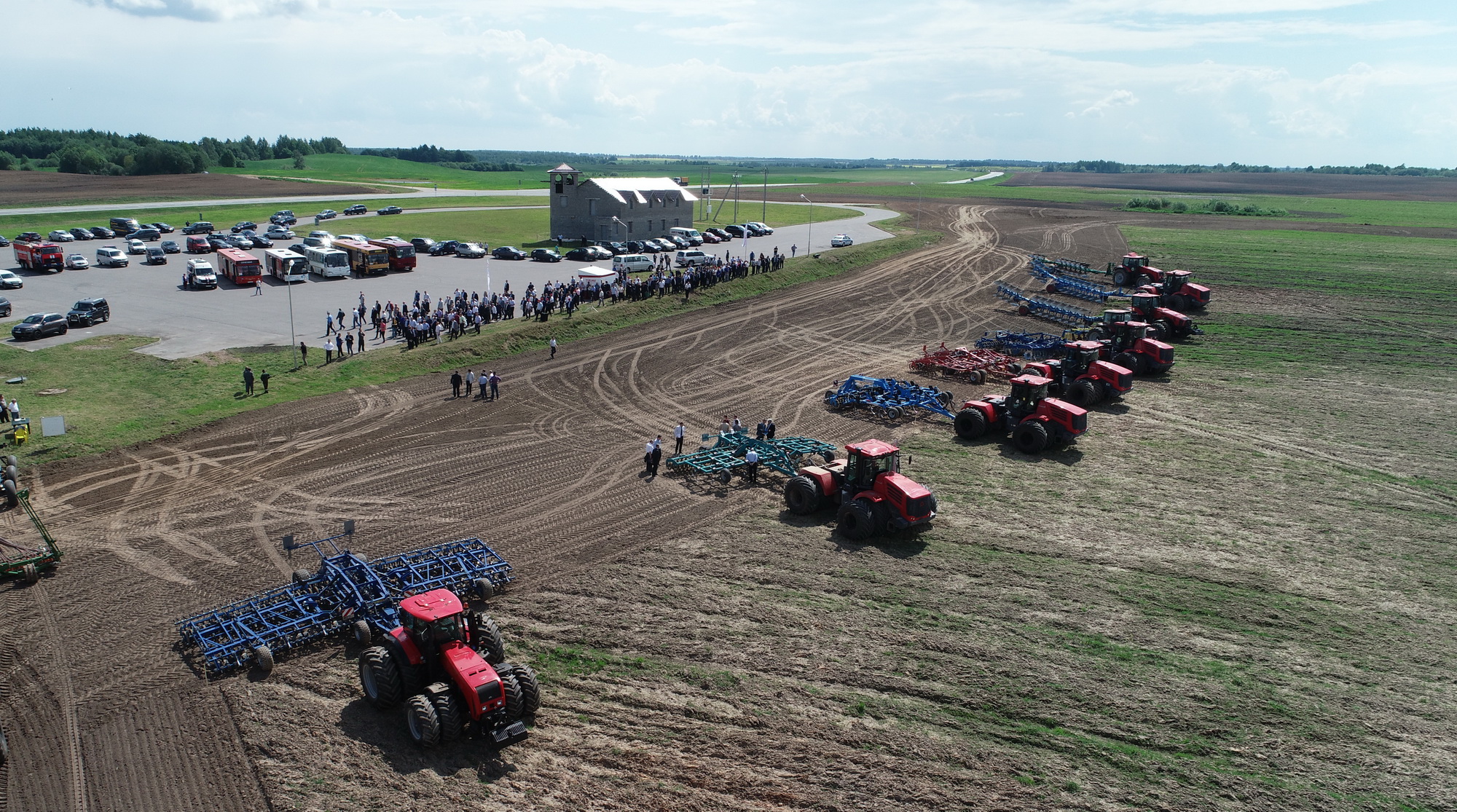 In order to visually show the advantage of the new agricultural machinery over the old one, the seminar participants were shown the advanced machines of the Belarusian and foreign machine builders.

In the competitive mode, the power and quality of the manufactured machines was presented to the audience by Minsk Tractor Works as well. In particular, the unitized BELARUS-82.1 in an exclusive configuration with the navigation system Trimble autopilot, BELARUS-1523B, BELARUS-3525 with a full PowerShift transmission and BELARUS-4522 came into the field. 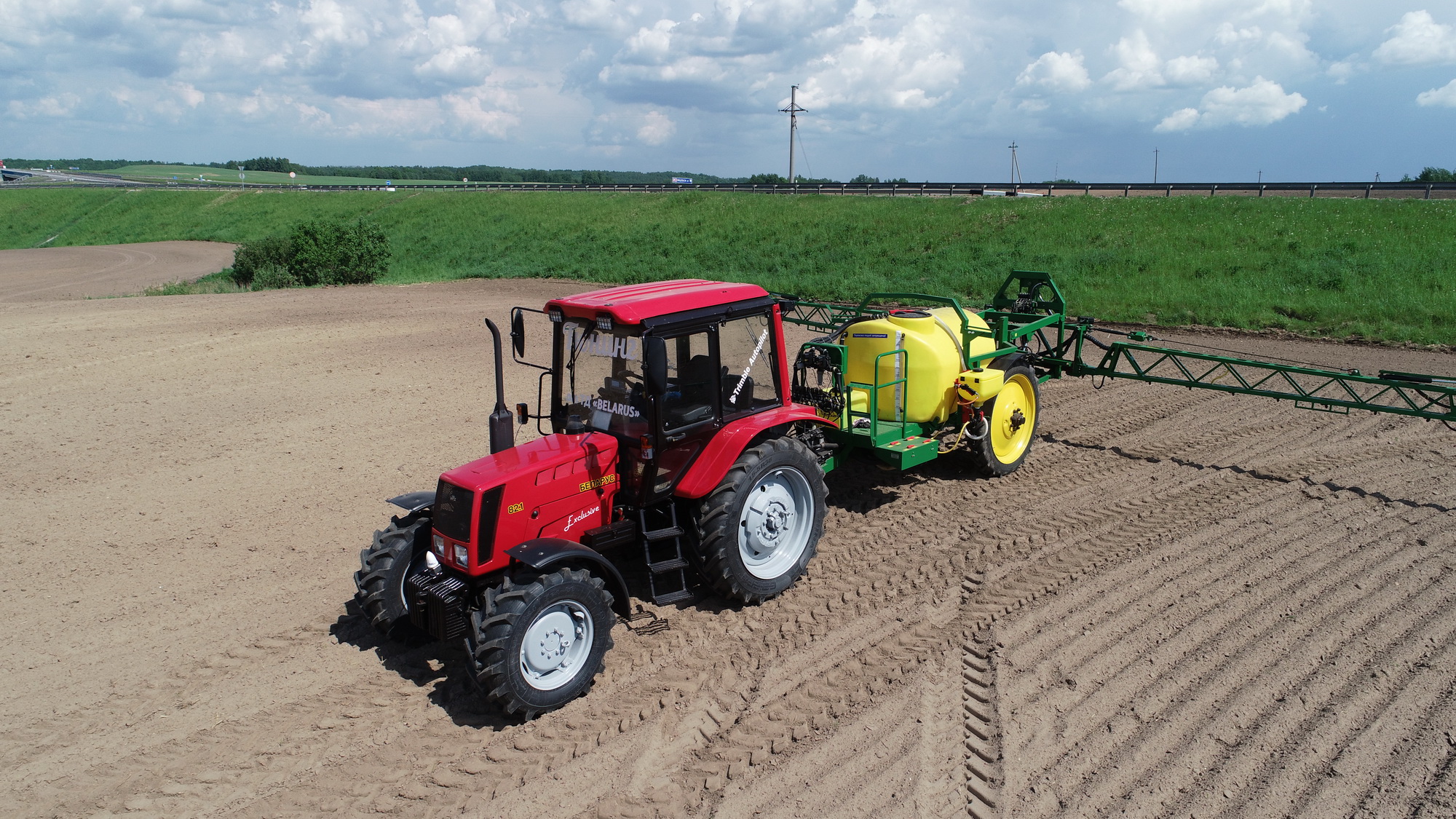 The BELARUS-82.1 was unitized with a sprayer, the BELARUS-1523B with a combination seeder filled with fertilizers and planting material, both with an electronic control system for the technological operations performed.

BELARUS-3525 was unitized with a wide-cut 12-meter cultivator, adjusted to the maximum depth (tractors were loaded as much as instructed by the regional authorities), BELARUS-4522 was equipped with a twelve-body reversible plow adjusted to a plowing depth of 23 to 27 cm with a total width of 6 m. It should be noted that before this, only imported tractors with a capacity of 500 hp worked with such equipment, and now the Belarusian machinery has worked with them adequately.

To reduce the pressure on the soil in accordance with the requirements of agro technologies, the tractors were equipped with twin wheels.

The work of agricultural machines was watched by the heads of agricultural enterprises, manufacturers of machinery for the industry, as well as representatives of the executive authorities of the district and the region. 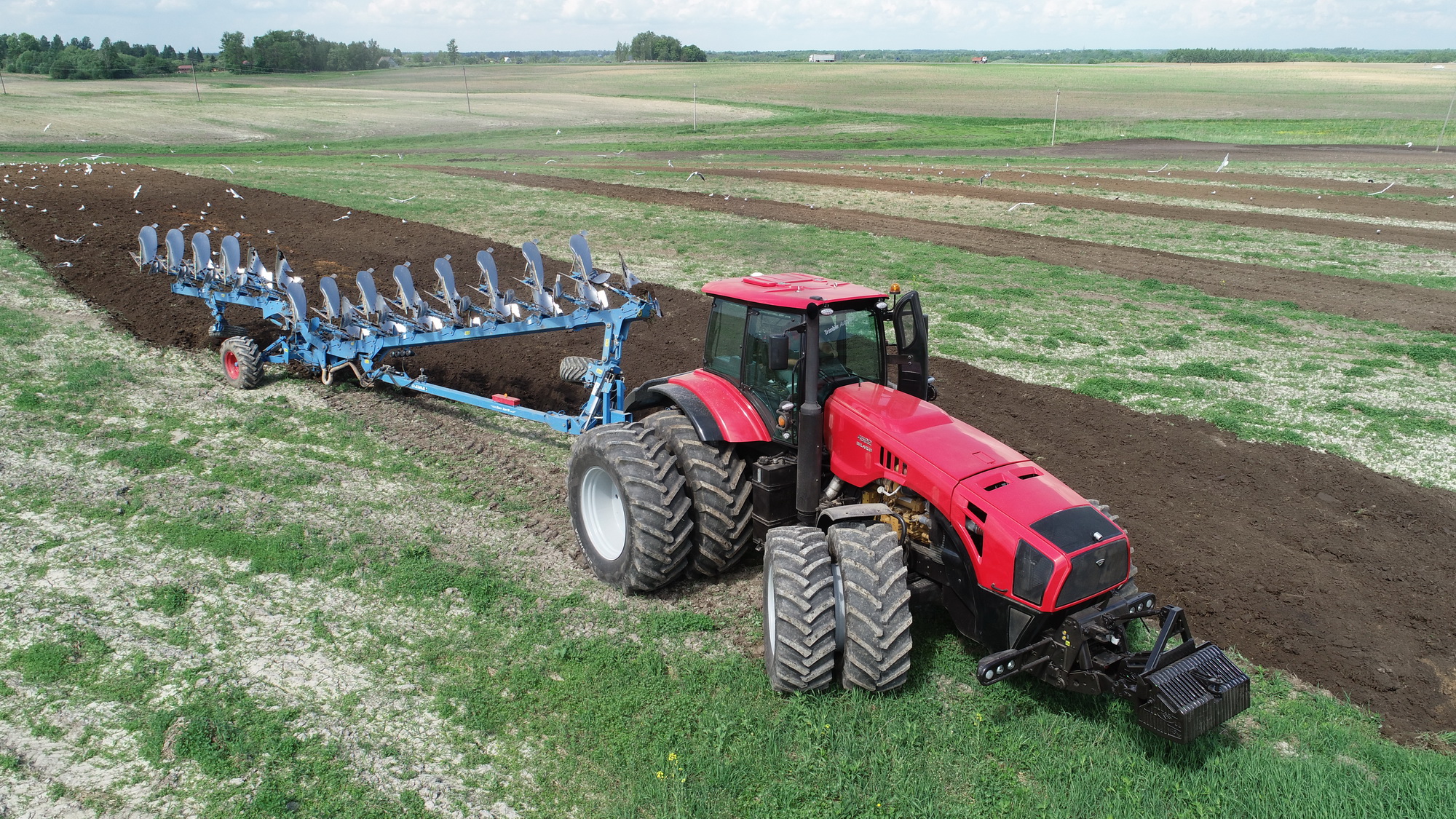 The most powerful at the moment tractor, issued by OJSC “MTW” – BELARUS-4522, was given the most attention of the audience, because farmers are interested in the fact that in one pass the equipment performs the maximum number of operations and processes the maximum possible areas. Moreover, the accuracy of tractor operation also plays an important role, because the precision farming system, with which new agricultural machinery produced by MTW is equipped, also aroused considerable interest among the participants of the seminar.

“We have an agreement with the Vitebsk Regional Executive Committee to test all new machines in the region. The 450 hp BELARUS-4522 tractor was successfully tested. The region is interested in energy-saturated tractors of similar power – and even higher. I am sure that a 500 hp tractor, in the development of which our designers are currently engaged, will be in demand here, ” Andrei Shcherba, director of the branch of OJSC MTW, TH BELARUS said. – “In the near future, we are planning to supply the Vitebsk region with the subsequent sale energy-saturated track-type tractors BELARUS-3525 with an automatic transmission.” 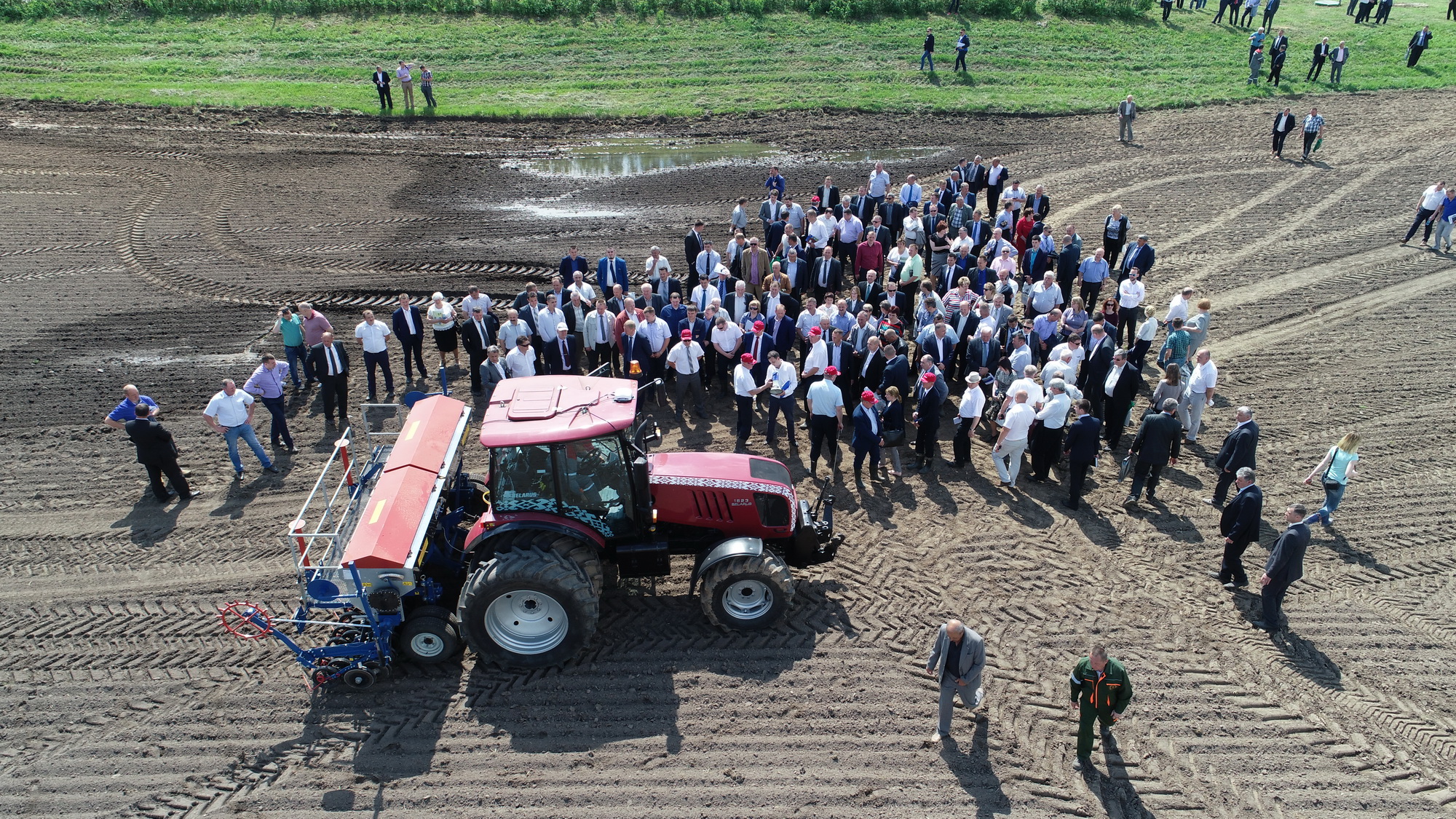 However, the advantages of energy-saturated machinery were appreciated not only by the inhabitants of Vitebsk. By the end of the calendar year, the fleet of Belarusian agricultural machinery in different regions of the country will be replenished by more than 300 energy-saturated tractors with a capacity of 350 hp.