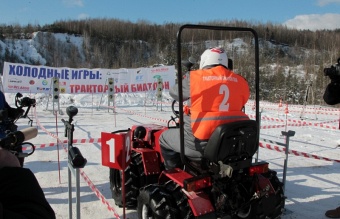 A large-scale spectacular show was held on February 24 in the sand pit in the village of Sutkovo (Smorgon district, Grodno region).

Already in the morning, music was playing on the territory of the pit, the field kitchen and trade unfolded. Cars quickly filled the empty seats on the parking lot organized next to the pit, and their owners lined up for hot tea and, after warming up, enthusiastically joined in contests and quizzes for adults and children.

In the afternoon, the start of the competition was given, for which everyone gathered – tractor biathlon. The first five cars solemnly entered the honorary circle with the flags of their teams - ONT, SB Belarus Today, TUT.by, “Promagroleasing” and “MTW”, and a few minutes later the real race began! 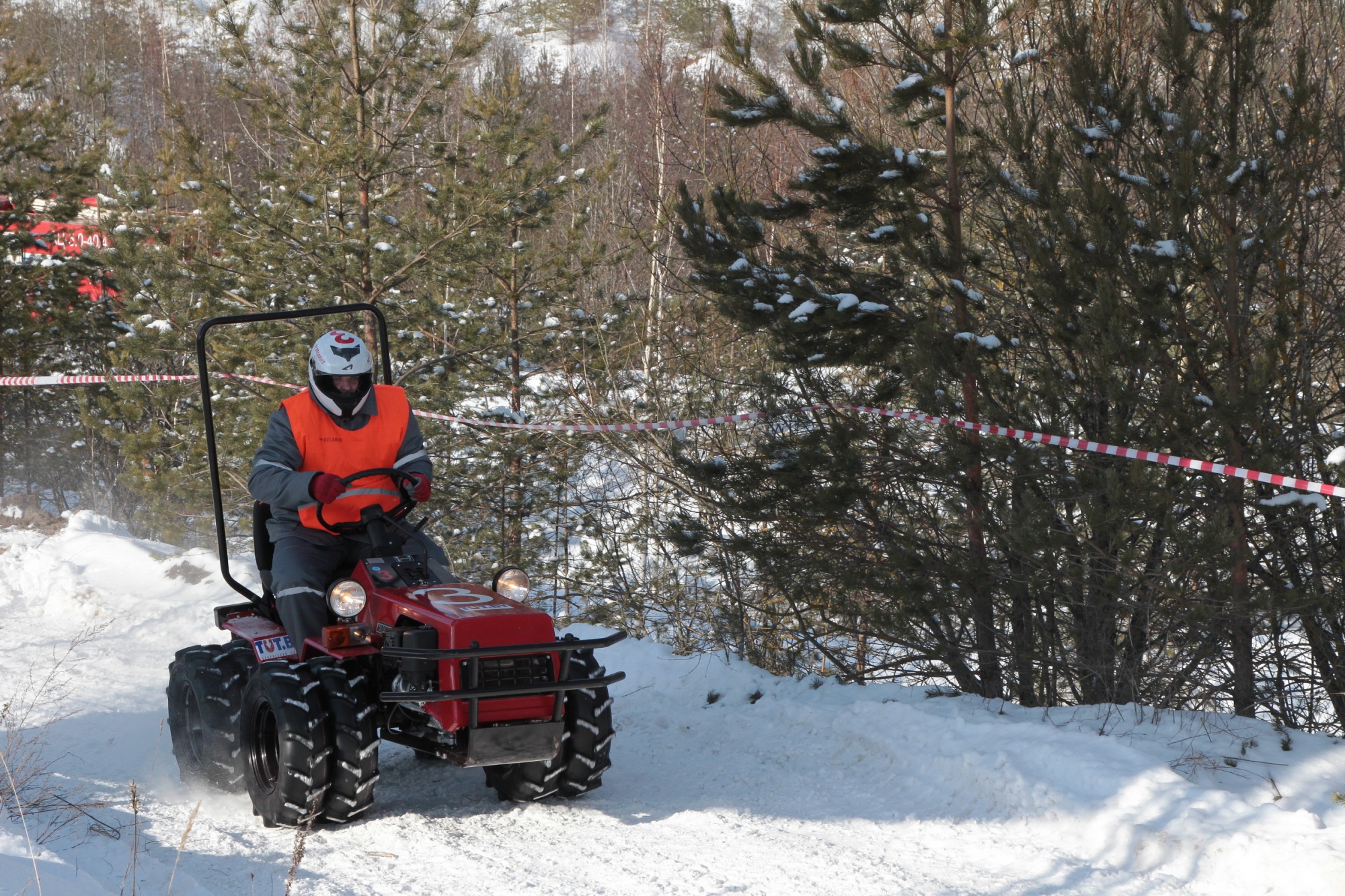 After the first competitive circle, the tractor-sportsmen lined up at the shooting range. It was the shooting that decided who would continue the race further, and who would ride on the penalty route.

The spectators were able to observe the movement of tractors on the highway in real time on the big screen. 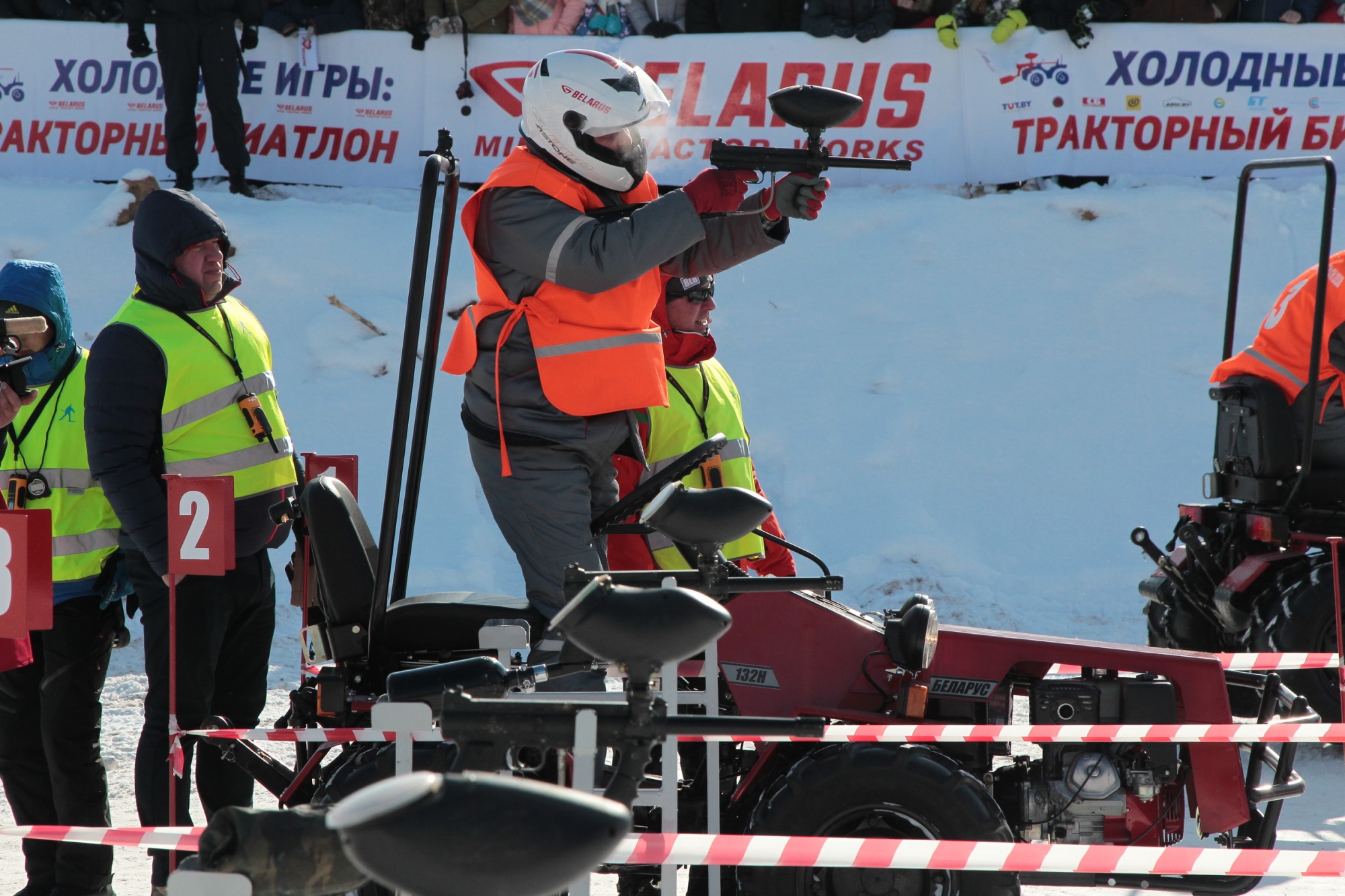 The conditions of the non-standard relay were as close as possible to the original, except that the MTW “athletes” changed skis to small tractors and biathlon rifles to paintball guns.

In total, 15 tractors took part in the competition (BELARUS-132Н and BELARUS-152). The choice of tractors for these models was not accidental, since they are made at the venue of the event – at the Smorgon Aggregate Plant, part of “MTW-HOLDING”. Viewers witnessed how small-sized tractors, used primarily from spring to autumn, were tested in extreme conditions - and BELARUS did not disappoint! 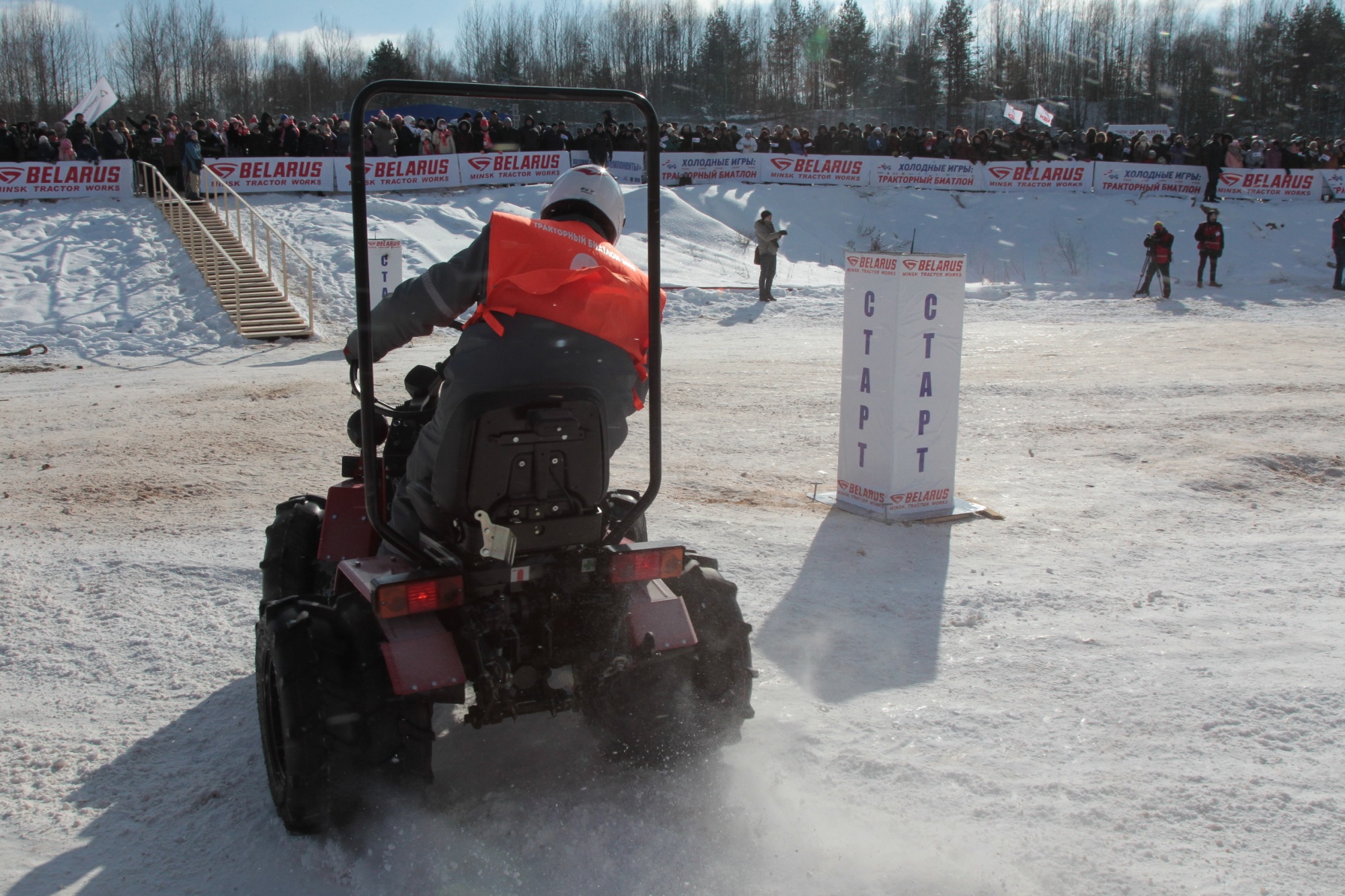 At the end of the competition, the host of the event, Denis Kuryan, announced the decision of the panel of judges, according to which the first, second and third cups were distributed among the teams of “Promagroleasing”, ONT and “MTW”, respectively. The fourth place was taken by the team of the portal TUT.by, the fifth – tractor drivers fighting for victory under the auspices of the newspaper SB Belarus Today.

As the General Director of OJSC “MTW”, Fyodor Domotenko, noted during a conversation with journalists, in the future there will be international tractor competitions. It was tentatively decided to invite representatives of the Russian Federation to participate in a similar contest next year. 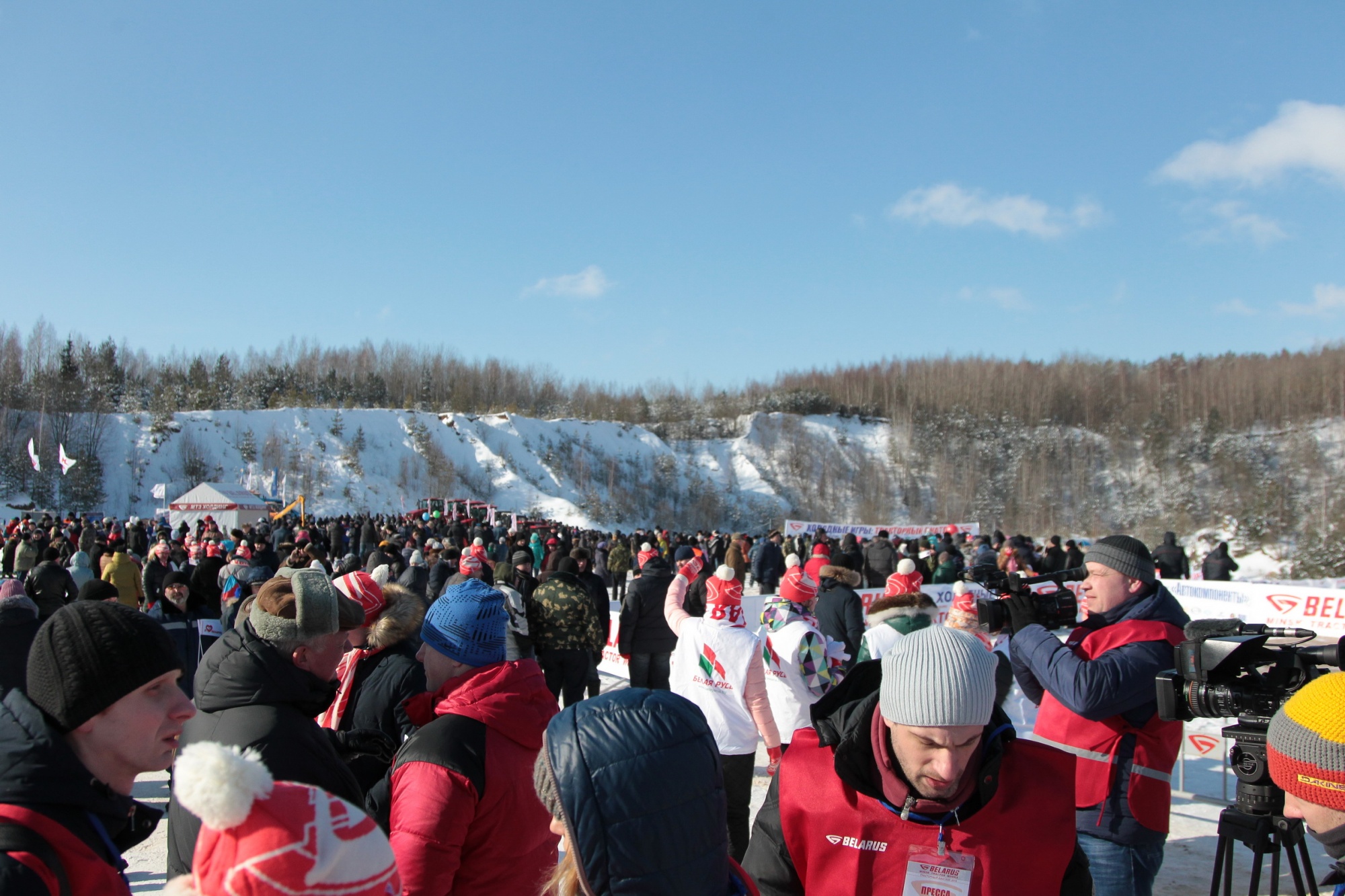 Throughout the holiday, the guests were entertained by a concert program with the participation of Alyona Lanskaya, Sasha Nemo, the Leprikons group and the creative teams of Minsk Tractor Works Palace of Culture.

Fans of shooting and spectators just wanting to warm up a bit in the February frost could play laser tag and ride a tractor.

The highlight of the event was a spectacular power contest between the BELARUS tractors – tracked and wheeled. In this case, the weather conditions played in favor of a less powerful tractor: after a long struggle, the caterpillar BELARUS driven by Katerina Kirilina won a victory. 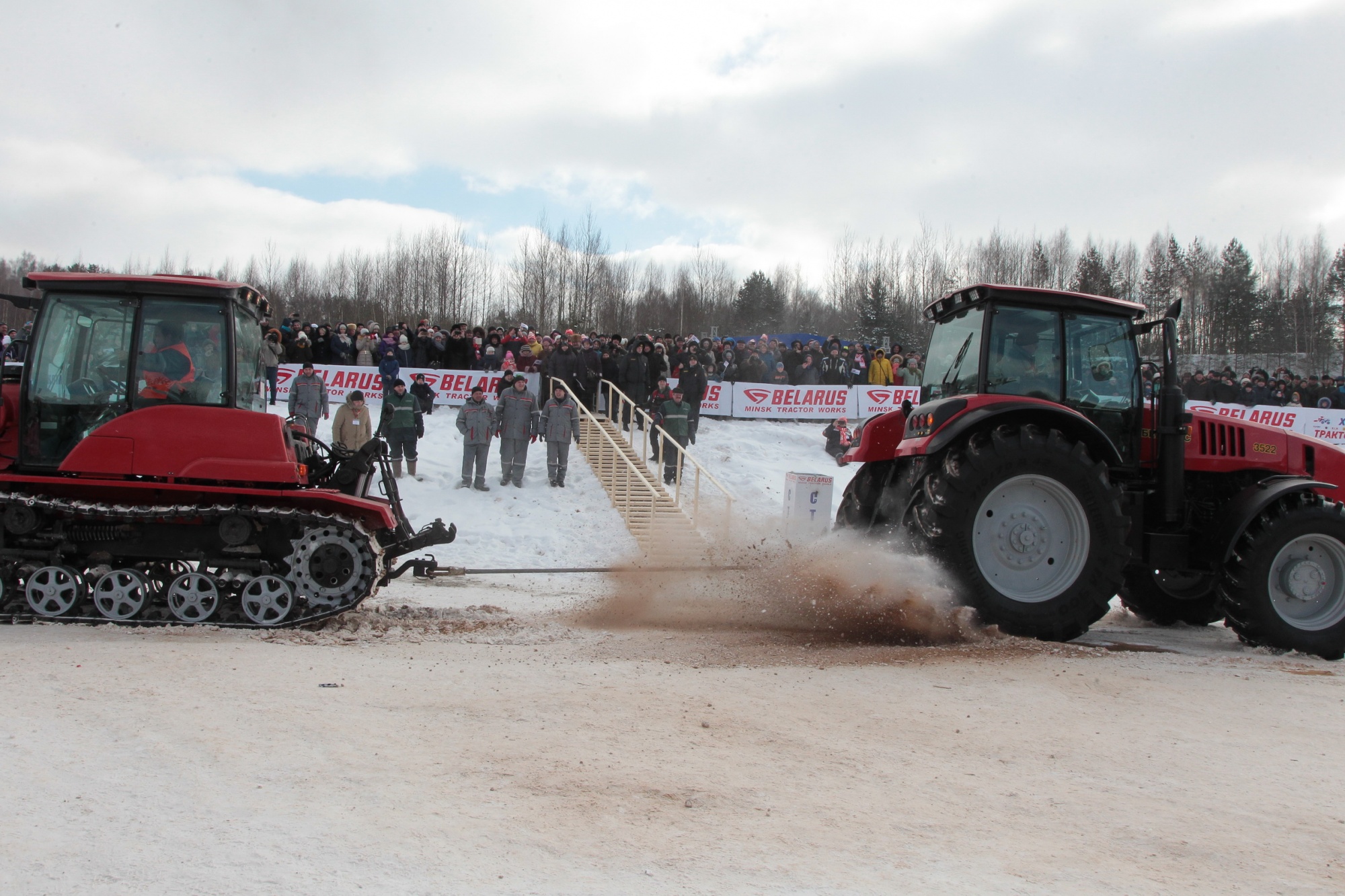 OJSC “MTW” expresses gratitude to the leadership of the Grodno regional and Smorgon city executive committees, to the sports club Barsa for assistance in preparing the event. We also thank the ONT, STV channels, Belteleradiocompany, the representative office of ITRC MIR in the Republic of Belarus, the newspaper SB Belarus Today, news agencies BelTA, Sputnik, Minsk-Novosti, TUT.by and ABW.by portals for informational support of tractor biathlon. 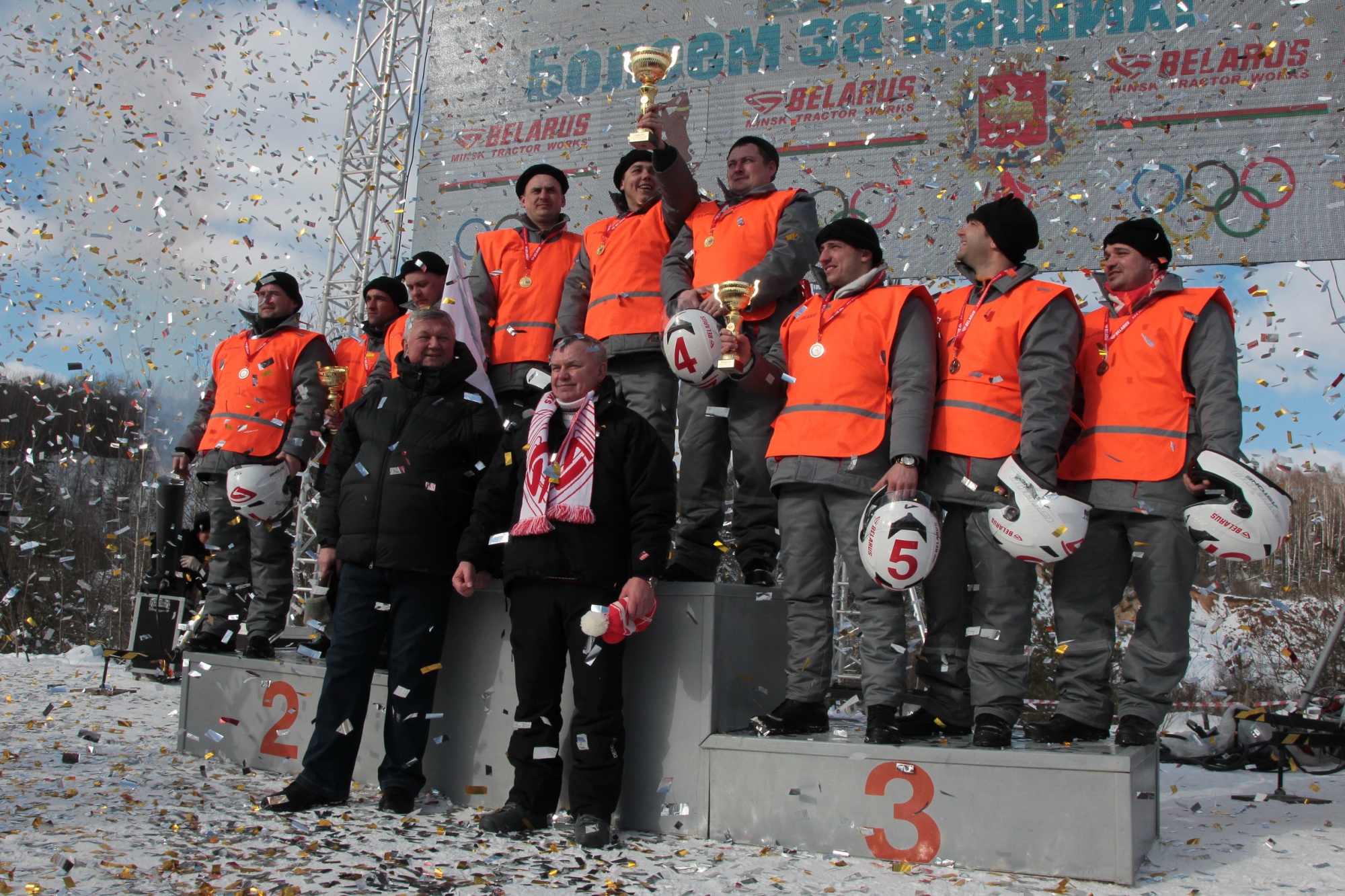