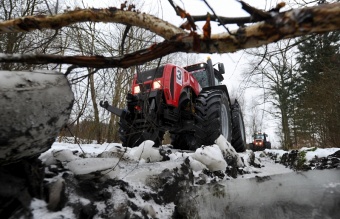 Route of tractor racing passed through Postavy and Glubokoe Districts of Vitebsk Region connecting settlements Paris and Mosar. MTW dedicated its event to the Day of Belarusian Science. This specific rally demonstrated not only a power and endurance of BELARUS tractors in the most difficult climatic conditions, but also the advanced technologies used in the machinery which are an integral part of modern mechanical worker.

8 tractors - seven crews on BELARUS-3522 and one more on track-type tractor BELARUS-2103 entered the race. Team of MTW was represented by the first starting four. All the machinery arrived on the start directly off the production line. Vitebsk farmers on tractors that have already worked in the field for a year fought in the second run test.

The route led through fields, swamp, forest trails. In the finals there was a “Tractor football”. 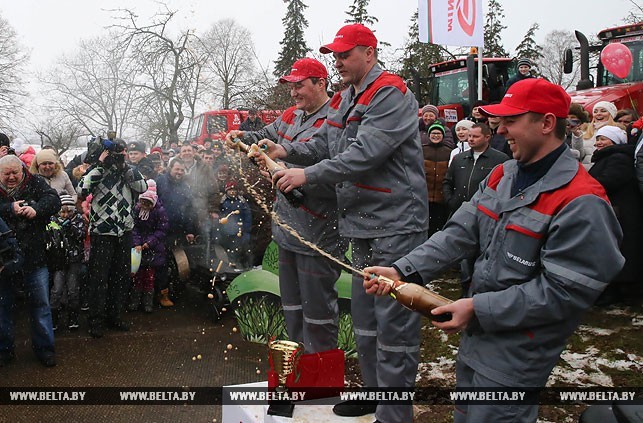 After the awards ceremony Fedor Domotenko Director General of OJSC "Minsk Tractor Works" said in an interview with reporters that an idea of rally had arisen last year.

“Head of the State visited MTW. We presented then a breadboard tractor sample and promised the President that after a couple of months 10 new tractors will be shipped under commercial contracts to Vitebsk Region for testing. These tractors have passed tests, operated on farms and took part today. To prove the viability of these machines we decided to go to experiment - to hold racing tests. Besides machines operating in Vitebsk Region, we had brought tractors to the rally just came off the production line. They did not prepared specifically. You could see - they came to the finish line and looked very respectable”, said Director General. 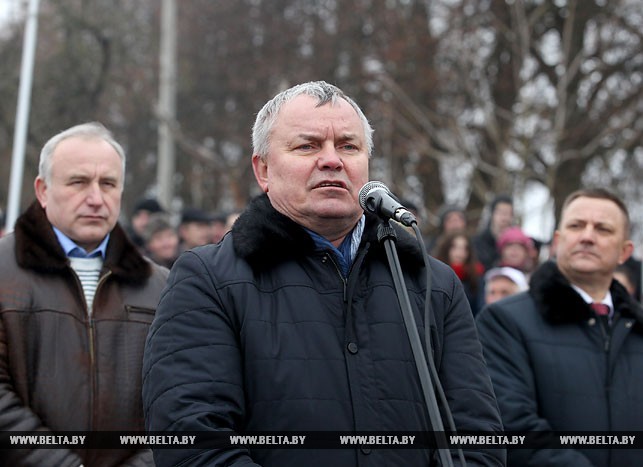 MTW is going to make this project as a tradition.

“We consider now where it will be held. There is an interesting idea. We were looking for villages with similar names and found village Paris in Chelyabinsk Region and similar to Mosar. We guess the similar events will hold in Russia about late August but with other products. We plan to hold the same run but with a 450 h.p. new unique tractor. Practically nobody has seen it yet, there was a presentation only. This machine is passing the test now and 10 of these tractors are preparing for release. I think these tractors will take part in a run-test next year”, shared with plans Fedor Domotenko. 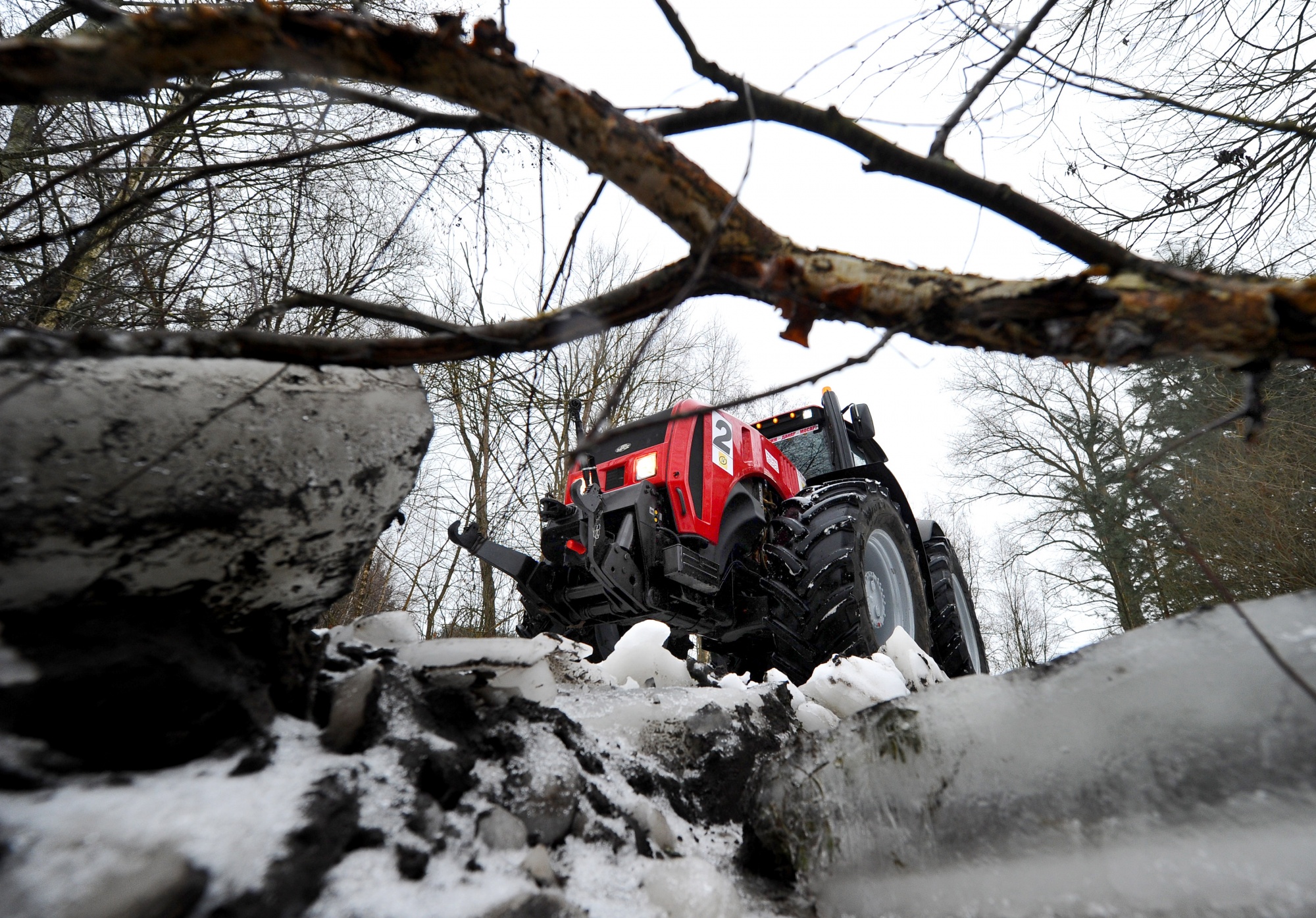 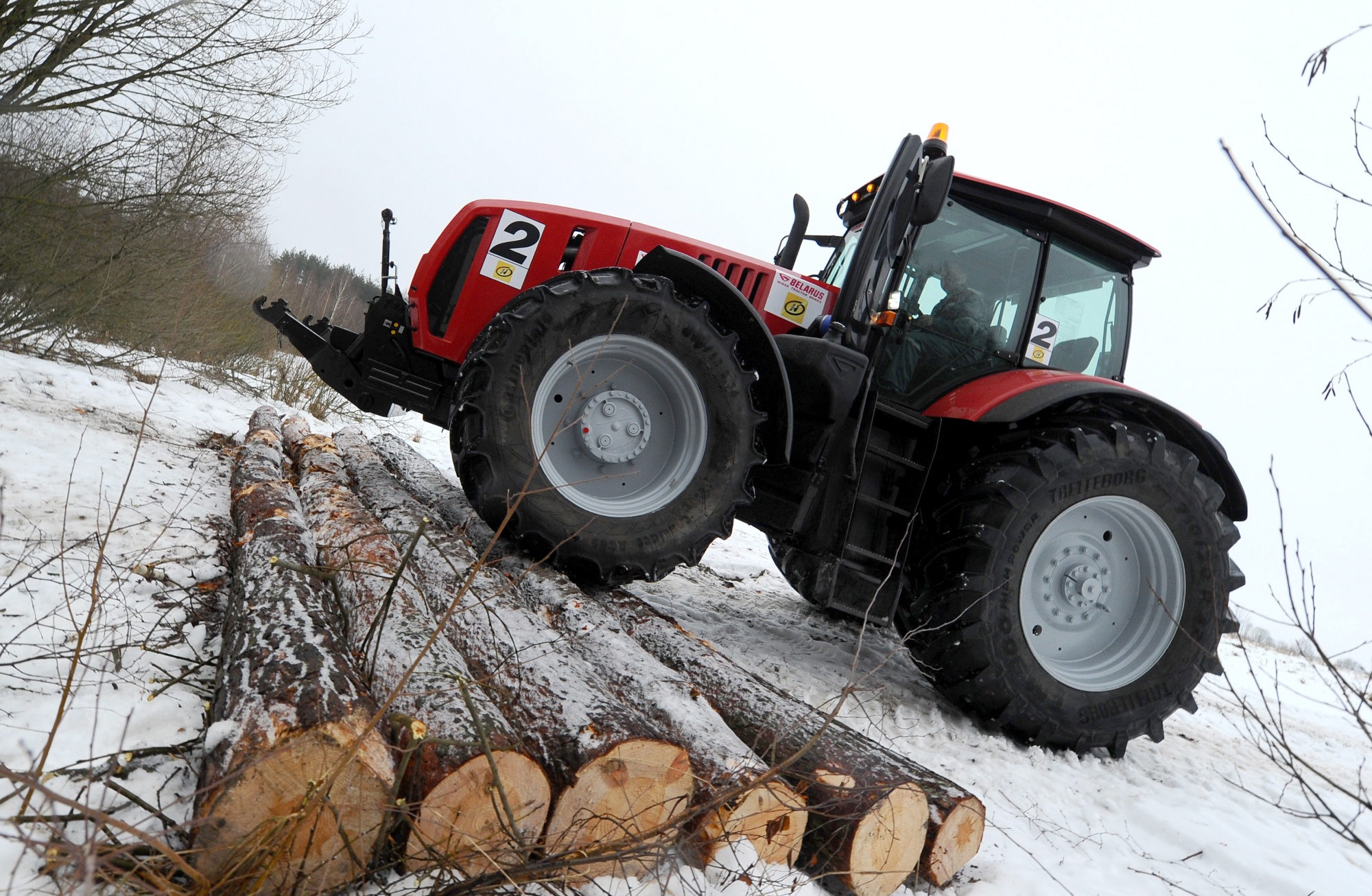 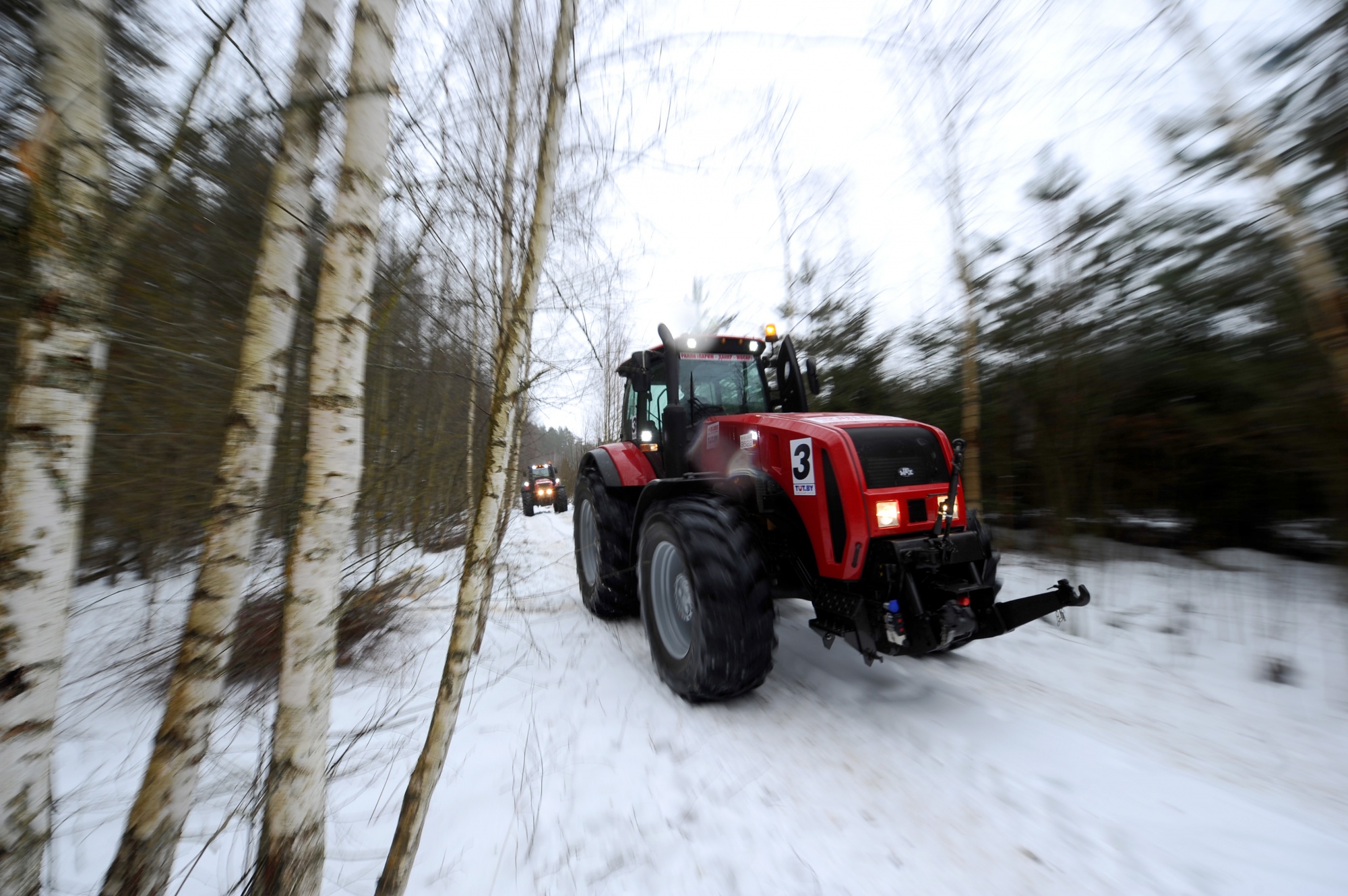 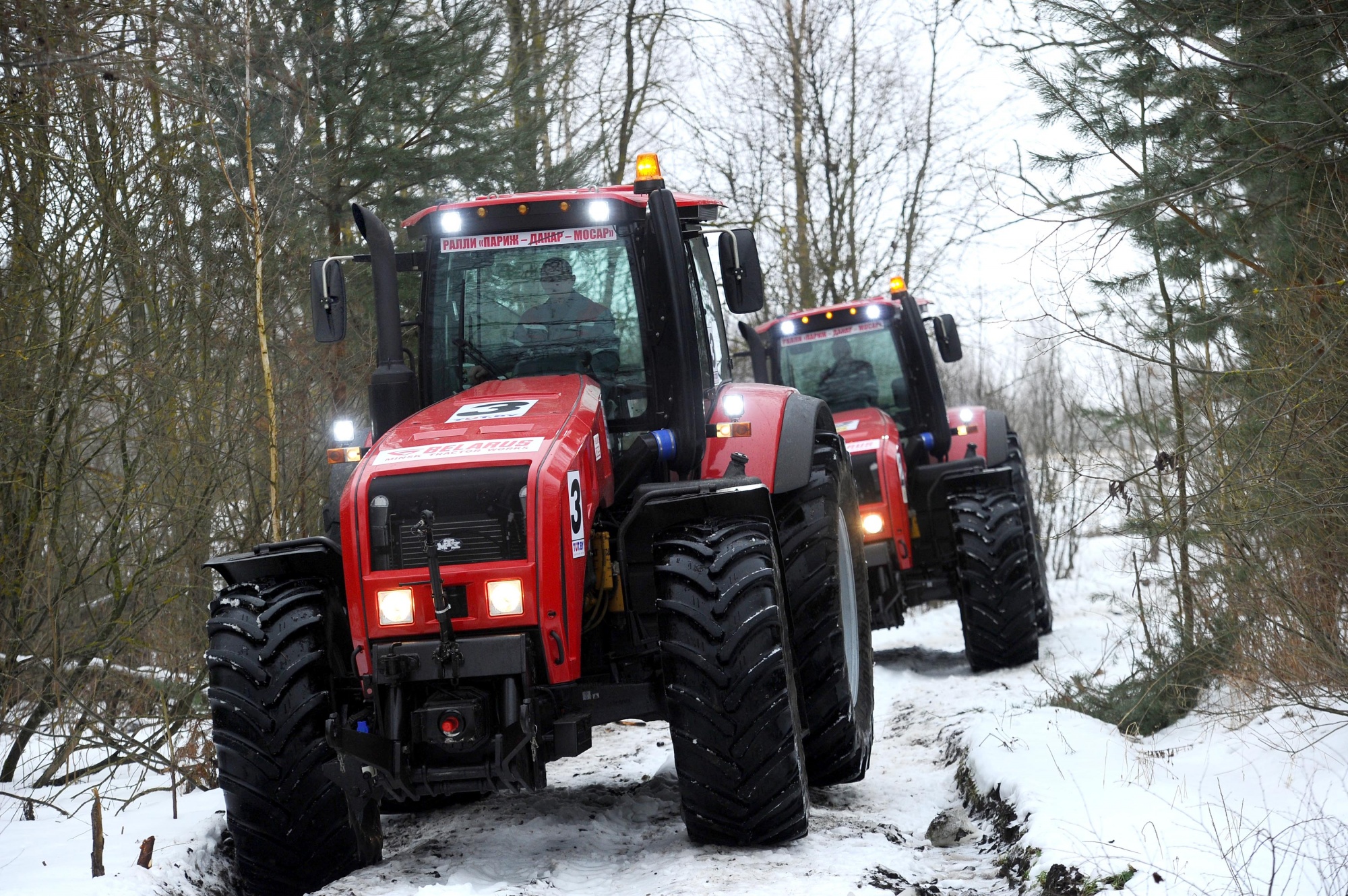 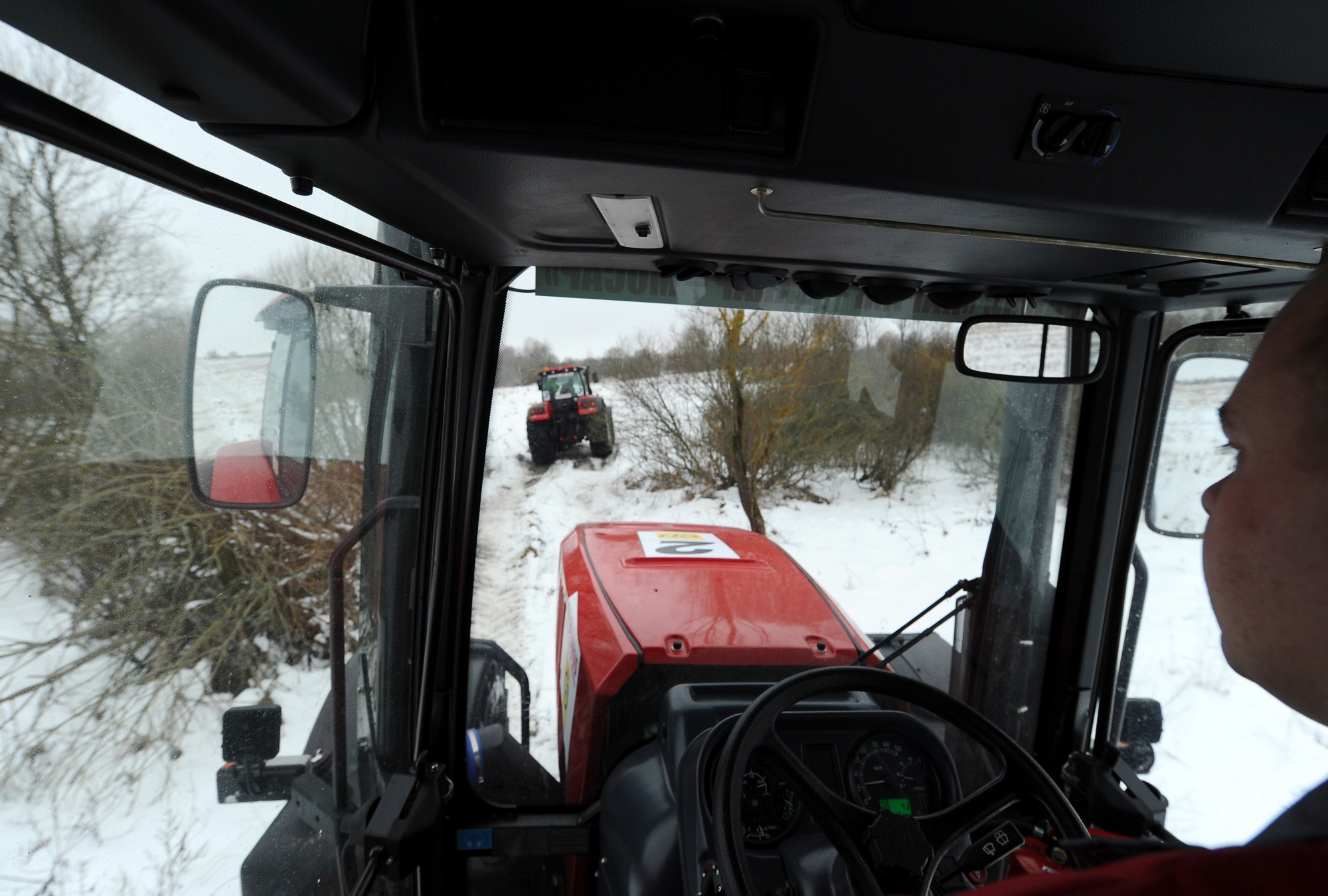 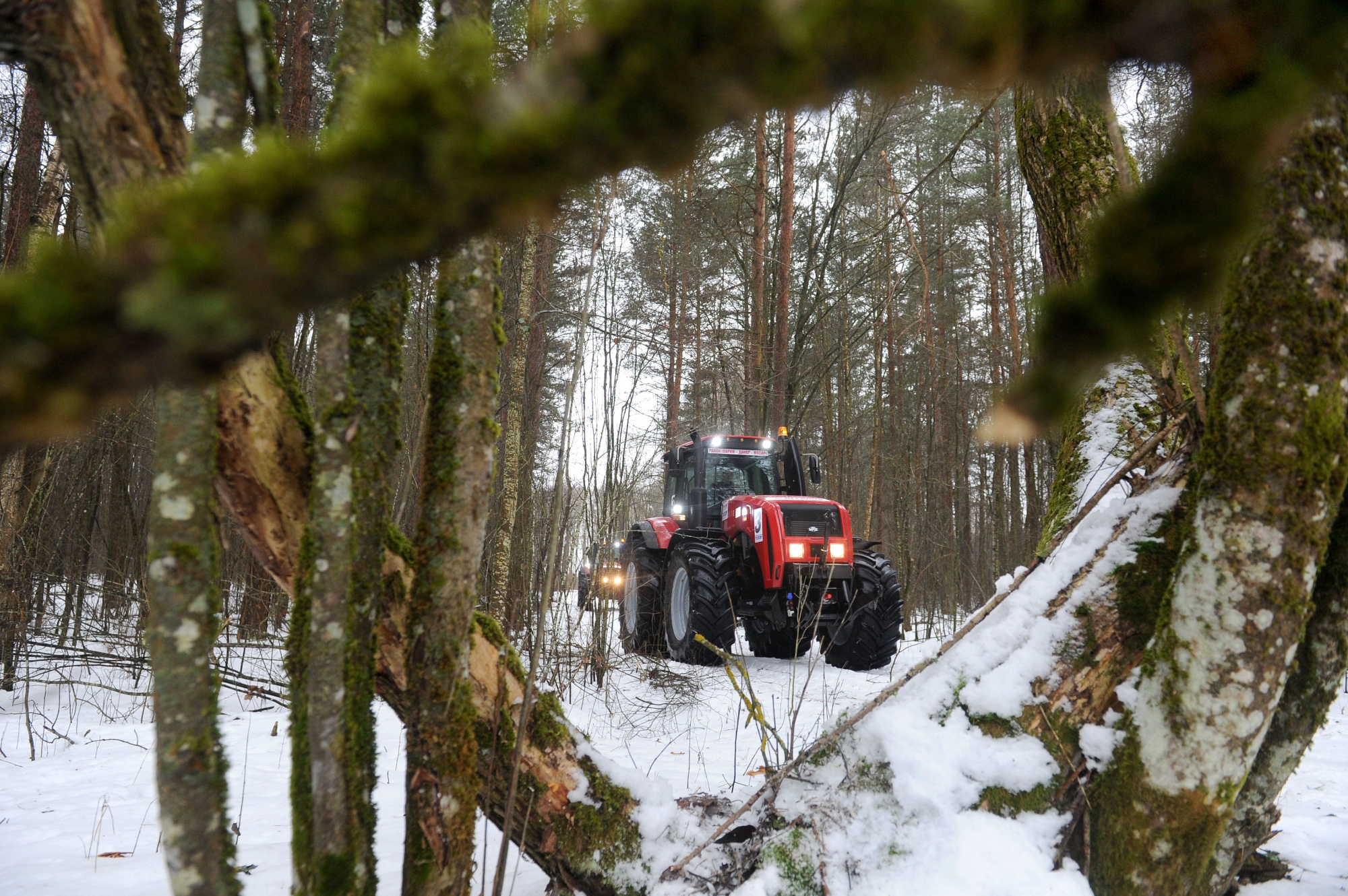 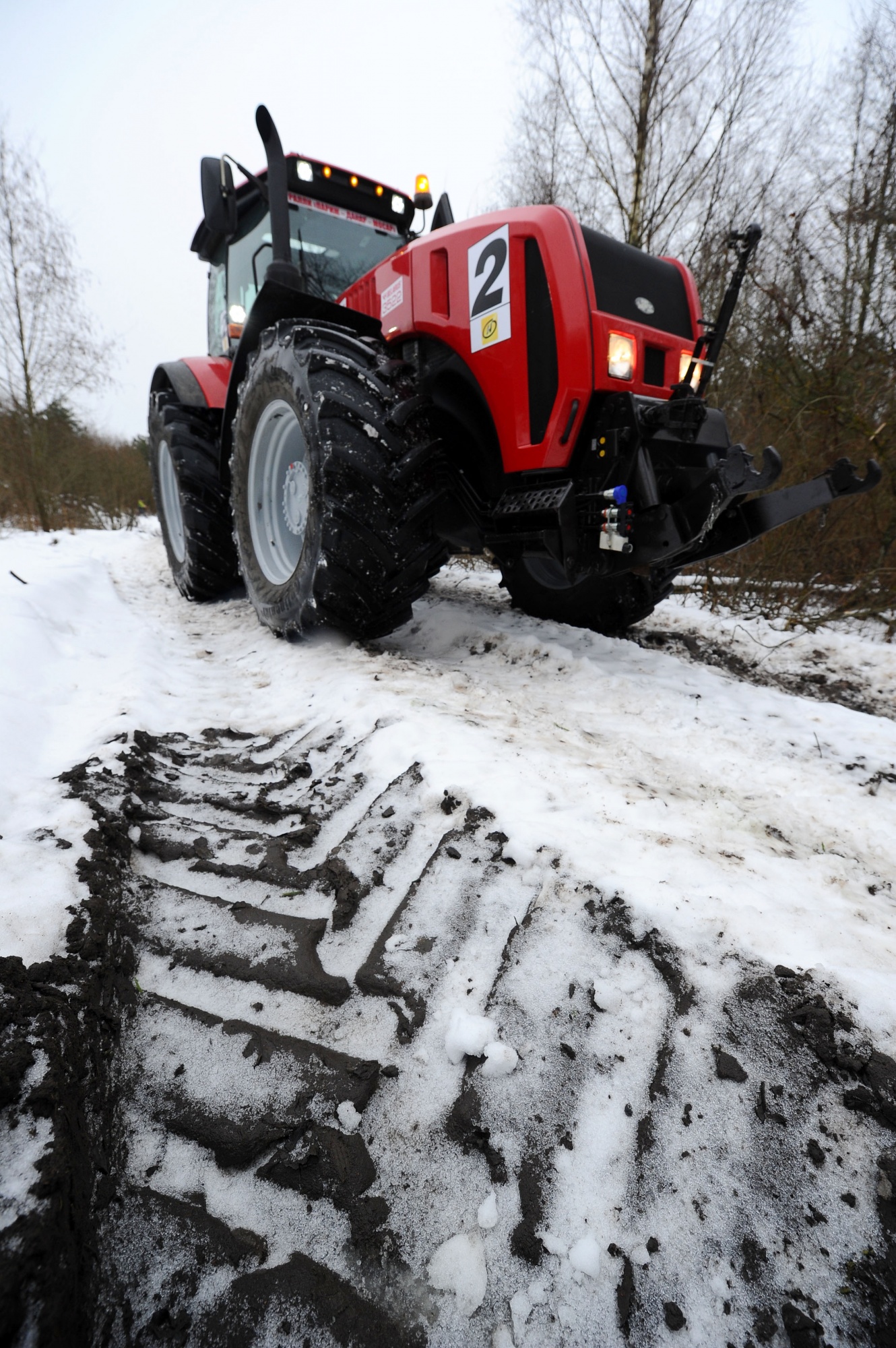 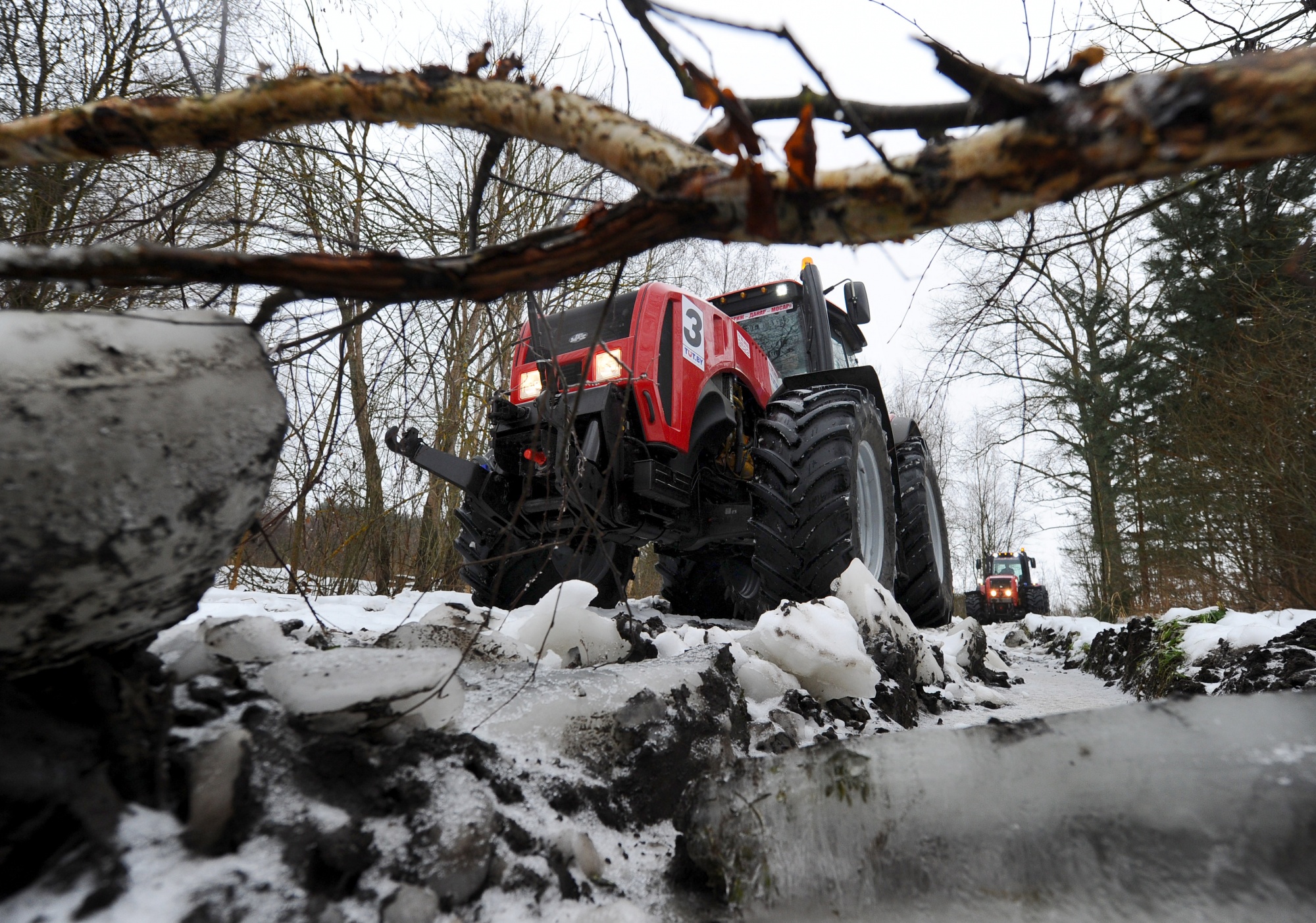