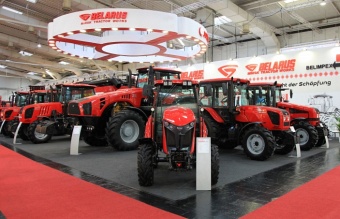 The exposition in Hannover attracted a queue of people who wanted to get inside the cab of the latest and the most powerful development of Minsk Tractor Works – the 460 hp “BELARUS” tractor – and to study the product from the inside. Belarusian tractors aroused intense interest at the most prestigious agricultural machinery exhibition.

MTW introduced seven vehicle models. Five of them were a demonstration of further development of design ideas in terms of enhancement and improving the engineering level of the factory’s models that are already known to the world market, while two of the models – “BELARUS-4522” and “BELARUS-622.5” – were exhibited in Hannover for the first time, and it is pleasant to note that their presentation attracted close attention of the guests and participants of AGRITECHNICA-2017.

Over the two years since the preceding exhibition in Hannover, OJSC “Minsk Tractor Works” has developed more than ten new machinery models, clarifies Alexey Shevtsov, the head of Advertisement and Exhibition Office of the Protocol and Advertisement Department of the Marketing Centre. The decision to reveal the two models mentioned was taken in light of the trends and peculiarities of demand in the European tractor market, and that decision has proved to be right. In particular, “BELARUS-4522” aroused business interest of agricultural world representatives who had come together in Hannover, among other matters, in order to be informed of the latest and the most modern innovations in agricultural machinery construction. 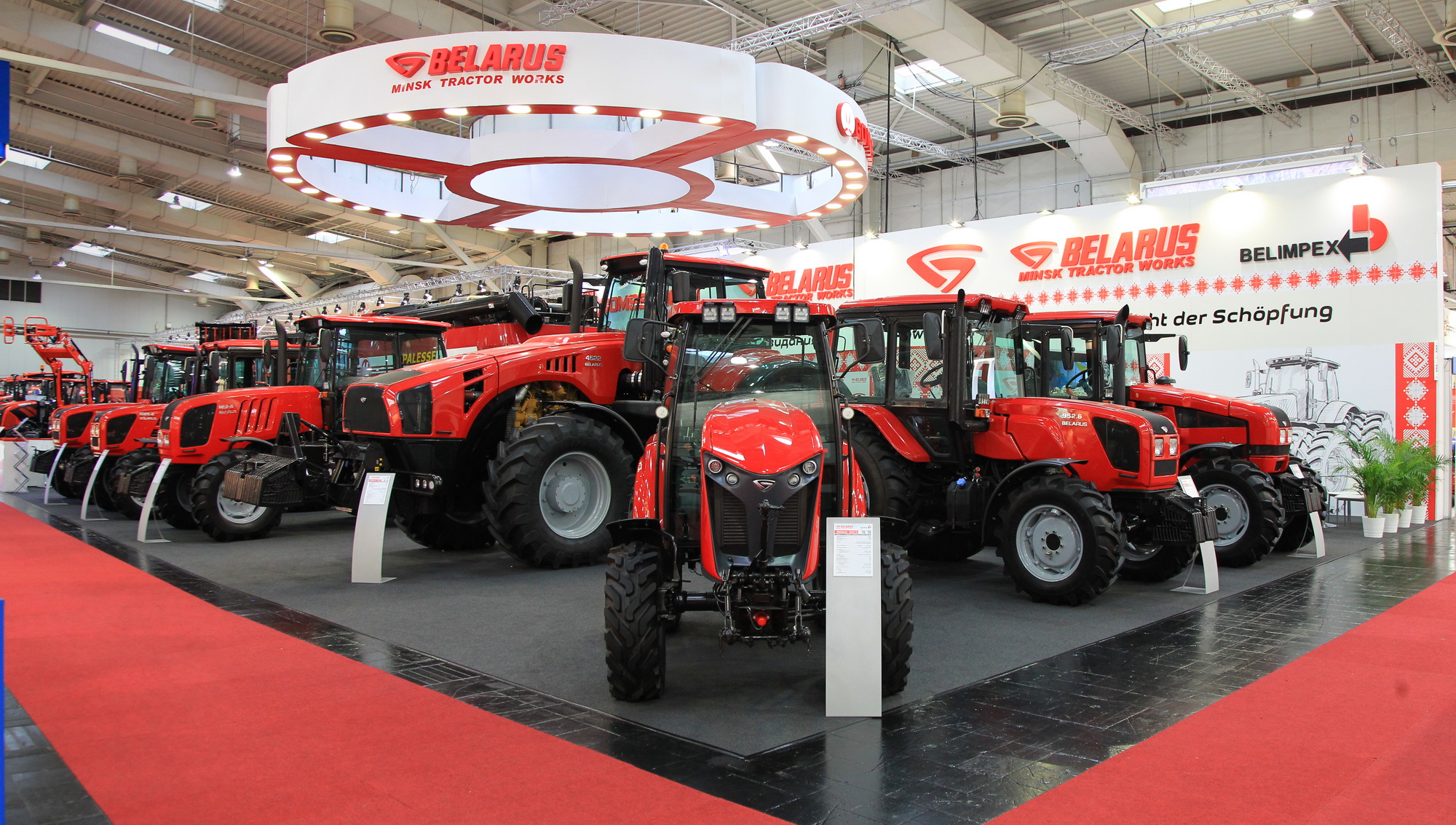 The Belarusian tractor with a 466-horsepower Caterpillar engine, an automatic FullPowerShift gearbox, robotized control of attached implements, a precise farming system and an autopilot by Trimble was a great success. The evident advantages of the new MTW tractor were highly appraised by agricultural workers, and the most important question was “When will this “BELARUS” become purchasable?” As the potential customers claimed themselves, such a powerful tractor from one of the world’s leading manufacturers that is offered at a fair price, is the kind of machinery that is expected in the market and that will enjoy good demand. 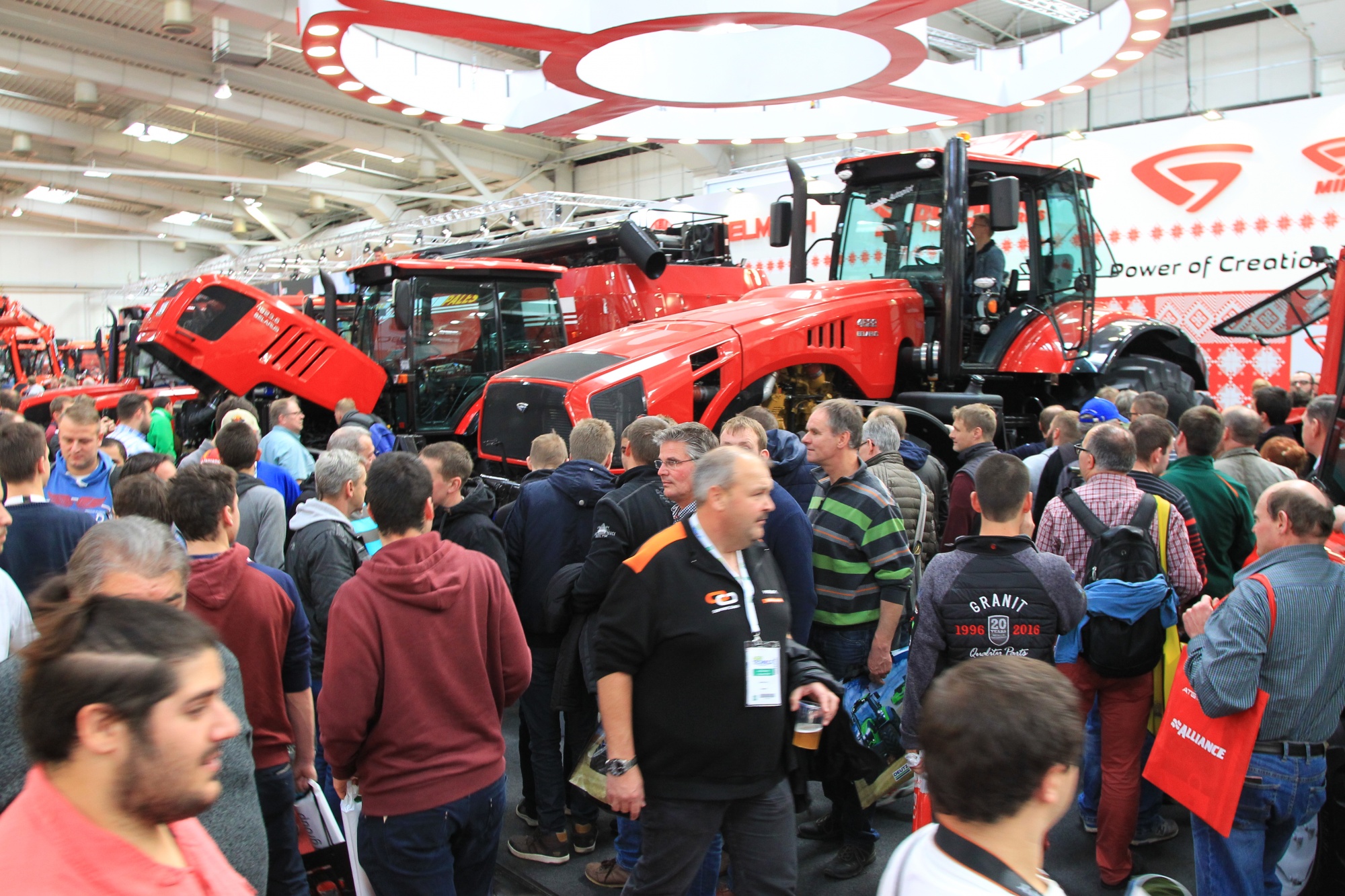 Also, special attention was given to the second newcomer from Minsk Tractor Works, which attracted interest of both small and large-scale farms. The small-sized "BELARUS-622.5" with the 66 hp Japanese engine "Yanmar", complying with the ecological standard Stage 3B differs from the initial "prototype" not only in even greater technical capabilities, but also in a new modern design. At the same time, the peculiarity of this engine lies in the further possibility of increasing its environmental friendliness - up to Stage 5. 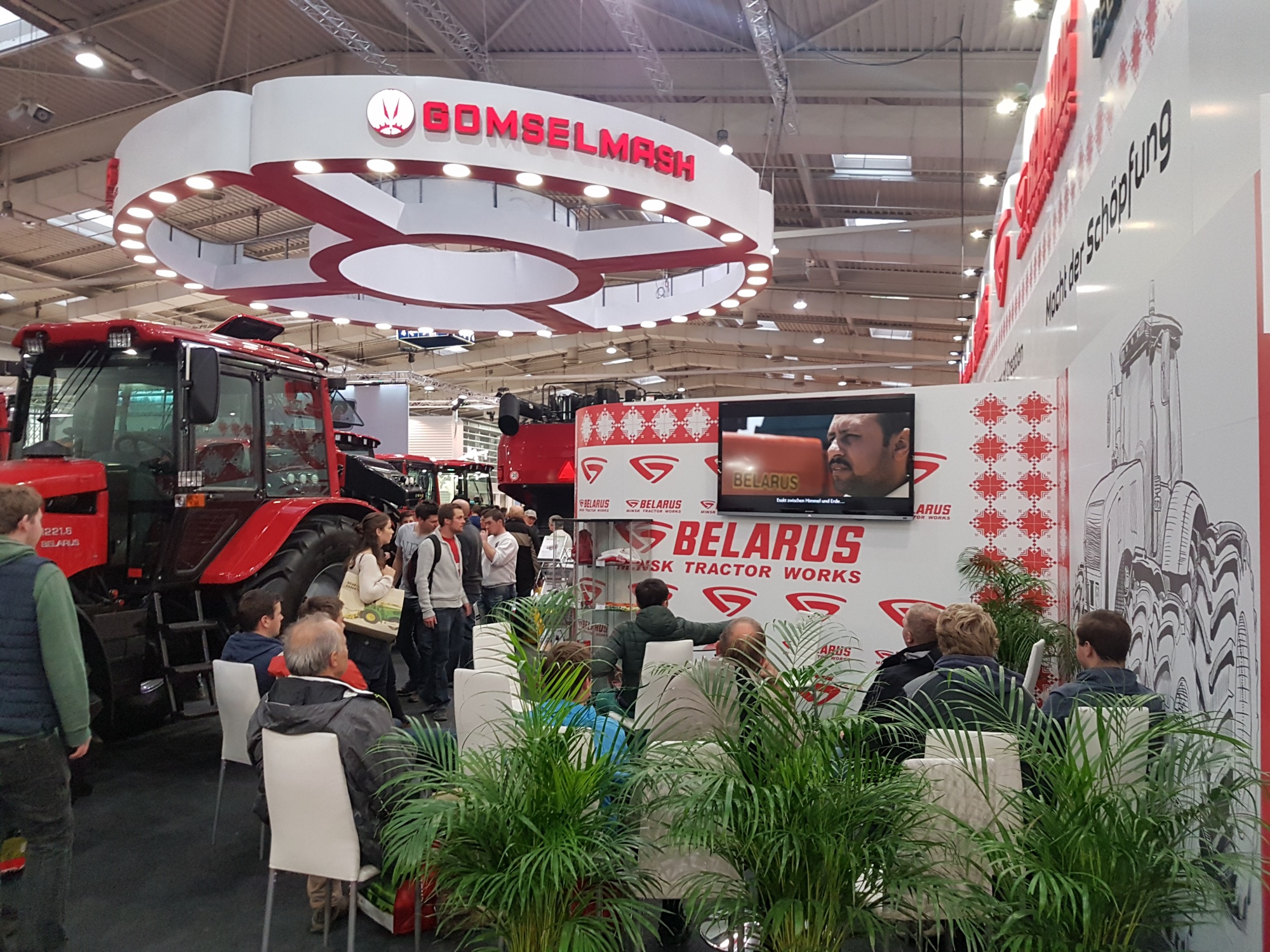 In general, the exposition of OJSC “MTW” at AGRITECHNICA-2017 occupied about 400 square meters of the exhibition space. It was presented jointly with Gomselmash and attracted with its colorful design. Performed in the Belarusian national style using elements of traditional ornamental pattern, that symbolize the motto of the leading Belarusian producers of agricultural machinery “Development. Energy. Movement”, the exposition was primarily advantageous for its content. In addition to the presentation of two new machines, the already well-known and well-proven Belarusian tractors were presented at the MTW stand, which do not need today any additional presentation - models 923, 952, 1025,1221 and 1523. Their demonstration in Hannover was a worthy confirmation of the popularity and good further prospects of promotion in the European market.