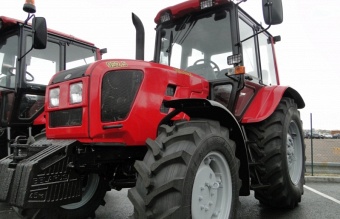 Tractors models 952.5 and 1021.5 appeared as exhibits. They were prepared by company «Agri-Kymi», a partner of our enterprise in this state, with which MTW concluded an exhibition contract by dividing equally the cost for participating in the promotion. The stand of Minsk Tractor Works attracted the attention of visitors that was among the main goals of the exposure of our machinery on the mentioned exhibition. But a mission of “Belarus” tractors demonstrated the potential of MTW in Hoykanoki is not completed.

An advertising "marathon" of our tractors in Finland will continue by participating in another show which will take place in July 2 - 4. By the way, this refers to an exposure of the said machines at the largest Agricultural Exhibition in Finland – “Farmari-2015”.